The benchmark Dow Jones Industrial Average finished with a 1.9 per cent loss at 34,483.72.

In a decided shift, Fed Chair Jerome Powell told Senate lawmakers that the wave of price increases that has complicated the US pandemic recovery could last longer than anticipated, and he now advocates accelerating the drawback of the central bank’s stimulus measures.

That would open the way for it to hike rates sooner than markets expected, putting an end to the rally enjoyed during the pandemic, which was fuelled in part by the Fed’s easy money policies.

“Today will go down as the day Fed Chair Powell shed his dovish wings and showed signs of becoming a hawk,” said Edward Moya of Oanda.

Also weighing markets down were fears of the newly discovered Omicron variant of Covid-19, which investors fear could hit growth and employment, as the Delta strain did in recent months.

As the main US oil contract slumped more than 5 per cent, energy giants took a hit, with Exxon Mobil finishing 2.8 per cent lower and Chevron losing 1.7 per cent.

Markets are looking ahead to employment reports out this week, including private hiring data from ADP expected on Wednesday, and the government jobs report to be released on Friday. 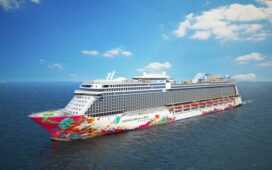 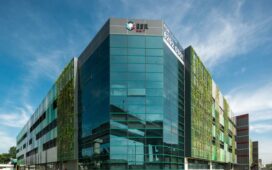 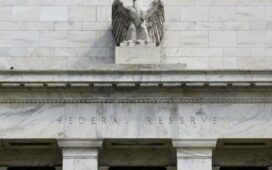