'We felt played': Singaporeans say they were made to wander around Tokyo airport during 9-hour Scoot flight delay


Japan has eased Covid-19 restrictions to allow more foreign tourists into the country – good news for people who missed the sushi and ramen there.

But several travellers from a Singapore tour group ended their trip with just biscuits and water when their flight home was delayed for some nine hours.

The group of 55 tourists – which included children and elderly folks – were supposed to depart Tokyo on a Singapore-bound Scoot flight on Thursday (Sept 8) at 10am, Shin Min Daily News reported.

They were on an eight-day and seven-night tour package which included visits to Tokyo, Osaka and Mount Fuji.

Speaking to the Chinese daily, one of the tour guides, named as Qiaoer, shared that the group woke up as early as 5am to get ready for their flight at Narita International Airport.

But just minutes before boarding the plane, they were told that the flight would be delayed for an hour, Qiaoer said. However, the departing time was later pushed back numerous times.

For these frustrated passengers, their time at the airport involved trudging through different boarding gates with their luggages.

An elderly tourist, surnamed Lam, felt that airline staff should have told them why their flight was delayed, instead of making him and the others wait and walk around the airport like idiots.

The 65-year-old said in Mandarin: “When our boarding gate was changed four times, we felt played.

“We’re all elderly folks, but we’re still made to carry our luggages around. It’s really tiring and frustrating.”

To make matters worse, the group of passengers was also hungry, said Qiaoer.

“There was no food provided to us. We were so hungry and exhausted,” 74-year-old Chen shared.

However, it was only at 2pm that meal coupons were given to them but it was of little respite.

“Many stores at the airport were closed at that time. The restaurants that were open did not accept the meal coupons [as payment],” Qiaoer recalled, adding that a tour leader paid for water and biscuits to feed some of the travellers. 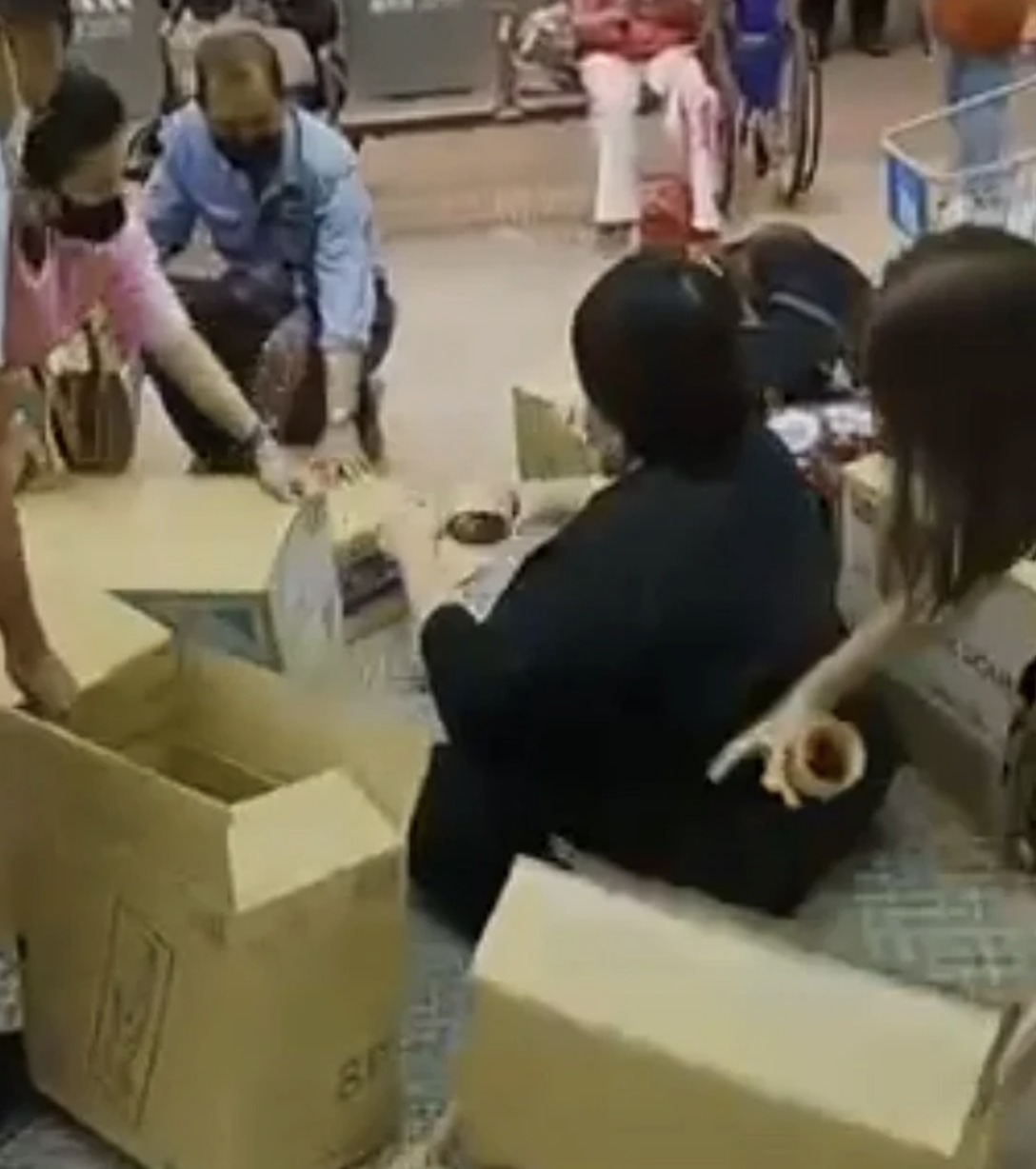 After a frustrating wait at the airport, the group was finally able to board a flight home at 7pm.

However, Chen said that it was not the end to this travel nightmare, adding that the affected tourists had to store their hand luggages into boxes due to a lack of seats on the plane.

Tour guide Qiaoer said that the tourists arrived in Singapore at 2am the next day.

Responded to AsiaOne’s queries on Friday (Sept 9), Scoot shared that a technical fault was detected with flight TR809, prior to its scheduled departure on Sept 8 in Tokyo.

The affected passengers were re-accommodated to Scoot flight TR899 and and Singapore Airlines flight SQ11, the airlines’ spokesperson said, adding that the former departed at 2.42pm, while the latter departed at 7.05pm on the same day.

The customers were also given refreshments and meal vouchers during the delay, Scoot said.

“Scoot sincerely apologises for the disruptions and inconveniences to our customers. The safety of our customers and crew is our top priority, and we will continue to provide customers with the necessary assistance required.”

For Scoot passengers whose flights are delayed or cancelled less than 24 hours before departure, they may be rebooked to another flight at no additional charge.

They may also receive a refund via Scoot travel voucher at 120 per cent of what they had paid for the flight, according to Scoot’s website.

In another Scoot incident since cross-border travel restrictions were eased, a Singapore-bound flight had to make a U-turn back to Perth in July after a technical fault.

Describing the chaotic situation at the airport, a passenger complained that Scoot did not provide assistance to him at that time, adding that requests for compensation were also rejected.

In a response to Scoot’s queries then, the airlines’ spokesperson apologised for the inconvenience that they have caused to their passengers.