Ye Swan Htet, 23, had joined a sit-down protest on a bridge in west Yangon when he saw police approaching. Officers were carrying guns, he remembered, but he didn’t expect them to actually shoot. The protest was peaceful; crowds were singing and clapping.

Then, gun fire rang out all around him. Bricks burst open and a branch snapped from a tree. “There was a guy who got hit in his thigh by a rubber bullet, so I carried him to an ambulance,” he said.

Ye Swan Htet saw five protesters run frantically towards him. They were carrying his cousin, Nyi Nyi Aung Htet Naing, who had been shot in his lower abdomen.

Doctors in a nearby neighbourhood desperately tried to help, said Ye Swan Htet, but they were unable to save him. A video posted by news outlet Myanmar Now showed his last moments, as he laid motionless outside a school before other protesters, still seemingly under fire, lifted him away.

Nyi Nyi Aung Htet Naing, 23, was one of at least 18 people killed in violence by security forces on Sunday, according to UN estimates. Police, reinforced by notorious military troops, launched their most violent crackdown yet in an attempt to quash protests against the junta.

Streets in downtown Yangon resembled a war zone; the sound of security forces opening fire echoed as live ammunition and stun grenades were deployed against protesters. Footage from various points in the city, shared on social media, showed panicked crowds fleeing to safety. Protesters struggled to breathe as clouds of teargas spread.

Demonstrators grabbed anything they could to shelter from the violence. Water tanks and panels of wood were fashioned into shields. Pavement slabs, bricks, bins and rubble were piled across roads to slow down the police. Many wore hard hats and goggles.

From behind makeshift barricades, crowds chanted: “Which party did we vote for? NLD” – Aung San Suu Kyi’s National League for Democracy. It won a landslide victory in last year’s election, but the military has refused to accept the result, alleging, without evidence, election fraud.

“This is for our future. We have to win,” said a student in downtown Yangon, who carried a thin plastic shield.

Violent scenes played out across the country. In Dawei, Mandalay, Myeik, Bago and Pakokku, protesters were killed with live ammunition, according to the UN, which condemned the use of escalating forces against peaceful protesters.

Ye Swan Htet and Nyi Nyi Aung Htet Nain had arrived at Hledan junction, a focal rallying point in Yangon, in the morning. On exiting the car, police approached them from two directions, “sandwiching” them in and throwing teargas, Ye Swan Htet said.

They sheltered in residents’ homes – a now common occurrence, as whole populations stand united in hate of the regime – and then ventured back out, only to repeat the process three more times, he said. The cousins had become separated shortly before the police opened fire at them.

Security forces had ratcheted up the violence against peaceful demonstrators in recent days – enough to give Nyi Nyi Aung Htet Naing reservations about joining the rallies in Yangon. Just the previous day he had posted on Facebook: “How many dead bodies are needed for the UN to take action?”

He planned to skip the general strike and go to work, said his cousin Ye Swan Htet, 23.

“We kept persuading him to come protest with us until he relented,” said Ye Swan Htet. “He took unpaid leave and came with us.”

In the spot where Ye Swan Htet died, protesters made a shrine, sprinkling flowers next to a pair of nike trainers.

Ye Swan Htet said he had been told the body was undergoing an autopsy in Yangon general hospital.

“We are hoping to take his body home,” he added. “He fought until the end. I can’t handle it. If they were shooting us with rubber bullets, I could accept that. They might tear our flesh and cause emotional trauma but that could be treated. They shot us with live rounds. We cannot accept this,” says Ye Swan Htet. “He took unpaid leave and came with us.”

Outside the hospital a Catholic nun gave out free water and food. Though good and evil exists in everyone, she said, the military leadership were “born evil”.

“They do not have any consideration for the innocent children who they are killing,” she said.

Medics, who had been striking against the military coup, went back to work in the hospital’s emergency department to treat the injured.

People were still willing to sacrifice their lives to save the “taste of democracy” they have had, the nun said: “If no one helps us, the world will have another North Korea.”

The fight for democracy must continue, said Ye Swan Htet. The “finish line” is close, he added: “We are all risking our lives for the country, so that we can achieve true democracy.”

By early evening, most protesters in Yangon had gone home, vowing to return tomorrow. Communities plastered pictures of military ruler Min Aung Hlaing’s face to the road, to be stamped on by passersby. Beside his image, a message read: “We will never forgive you.”

READ  In South Korea, Austin and Blinken continue US message of countering China’s ‘coercion and aggression’ 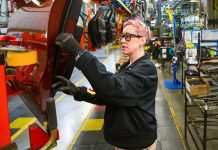 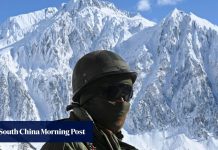 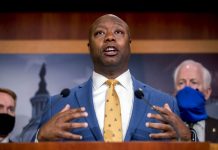 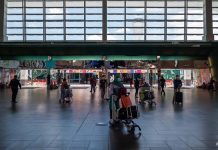 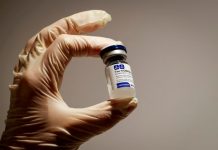 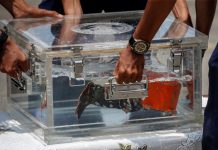 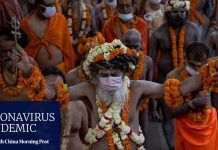 Three women in India get rabies shot instead of Covid-19 vaccine as cases surge, overtaking Brazil 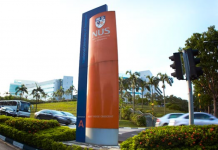 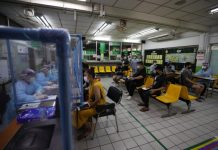