When I learned of Alia Abdulnoor’s death and the conditions of her detention, I was both saddened and outraged. Unjustly detained in the United Arab Emirates (UAE), Alia was denied her dignity along with a fair trial.

This death in custody should shame us all. Riddled with cancer, osteoporosis and liver fibrosis, she spent her final weeks chained to a bed, denied adequate care and made to sign a document stating that she didn’t want treatment, according to reports by human rights monitors.

The list of rights denied to her is long. After being arrested and detained by state security forces in 2015, she was held incommunicado for months without charge. Deprived of contact with her family, she suffered degrading conditions that may have contributed to the deterioration of her health. She was, her family say, forced to sign a confession without being allowed to read it.

On 5 February 2017, Alia received a 10-year jail sentence for abetting al-Qaida-led terrorism, promoting its ideology and extending financial assistance to its members.

In a statement, the UAE public prosecution office claimed that Alia had received state-funded cancer treatment back in 2008, and suggested that: “During her incarceration, her cancer relapsed. The prison authorities shifted her to the jail hospital, but she refused treatment. Not only did she refuse the world-class treatment prescribed for her by the doctors, she also went on hunger strikes on occasions. She received the same level of medical attention and treatment given to all citizens and residents in the country.”

This is the UAE’s explanation of events, which I and other human rights experts reject as a shameful distortion of the truth.

Many believe her arrest was linked to her support of Syrian people after the outbreak of the uprising, specifically her fundraising that sent money to Syrian women and children. The authorities depicted this as support for terrorists abroad. While the UAE’s anti-terror laws supposedly exist to protect people, in Alia’s case – as with many others – they have become a tool of injustice, discrimination and abuse for political purposes. While the laws are there to protect the country, they were used against an individual endorsing other people’s rights.

Any statement extorted using torture cannot and should not be accepted as evidence by justice mechanisms. Torture is prohibited by international law, as are the numerous human rights breaches that occur in UAE, an issue that is of growing concern to the UN Office of the High Commissioner for Human Rights.

Alia’s case serves as a reminder of how human rights are viewed in the UAE. Hospitalised when it was too late, she received only palliative care. Not only did the denial of medical treatment and the refusal to release her violate international standards, it breached the UAE’s own legislation. Emirati law provides for the compassionate release of prisoners on health grounds and for unimpeded access of family members to terminal detainees. Knowing all this they even rejected calls from UN human rights experts for Alia’s release.

Authorities also ignored and dismissed repeated calls from her doctor, lawyers and the international community for her release. Alia should have been allowed to spend her last days surrounded by her family. The pain she suffered was entirely unnecessary. There is no doubt in my mind that the UAE bears responsibility for her death.

As a symbol of the cruelty of the UAE state security apparatus, its own justice system fails to recognise and deal with breaches of its own laws. Torture, denial of access to basic rights, isolation and other abuses have been reported by detainees throughout the country. Anti-terrorism laws and national security concerns are regularly cited when convicting activists.

Sheikh Khalifa bin Zayed declared 2019 as the UAE’s “year of tolerance”, but if this is their interpretation of “tolerance”, we should all be terrified of what happens when intolerance is shown. Or was the labelling of 2019 simply a public relations exercise to lay the foundations for the hosting of the 2020 World Expo in Dubai?

This year alone there have been many cases of the UAE showing intolerance to any kind of differing opinion. The 26-year-old British football fan Ali Issa Ahmad was arrested and allegedly tortured for wearing a Qatar T-shirt. UAE authorities dispute this, saying his injuries were self-inflicted to gain publicity. British woman Laleh Shahravesh was detained in Dubai under controversial cybercrime laws for historical social media posts about her ex-husband’s wife.

In calling for true commitment to put an end to the human rights violations by the authorities in the UAE, we also urge them to investigate the ongoing cases and to hold accountable those responsible for Alia’s death. It would be a true show of force if other countries that believe in human rights and dignity were to withdraw their support for the Dubai Expo in 2020, which otherwise presents another opportunity for the repressive regime to paint a facade over its continued breach of international human rights laws.

Like so many others, Alia’s case awaits justice and should not be forgotten – instead it should inspire action to prevent such an appalling story happening again. 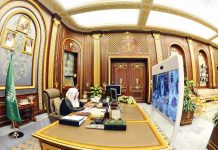 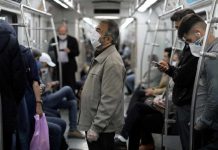 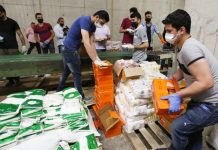 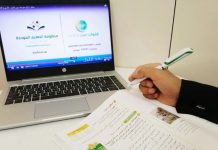 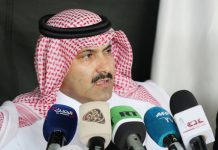