Hong Kong has been rocked by a series of protests by hundreds of thousands of people in recent weeks, many of which have ended in violent clashes between police and pockets of demonstrators.

The protests were initially focussed on a bill that that would make it easier to extradite people to China from the semi-autonomous city. But the authorities’ harsh policing of the protests, coupled with a refusal by Hong Kong’s leader to completely withdraw the bill, mean protesters have returned to the streets time and again.

What is the proposed extradition law?

The law would allow the extradition of suspects to mainland China for the first time. Supporters say the amendments are key to ensuring the city does not become a criminal refuge, but critics worry Beijing will use the law to extradite political opponents and others to China where their legal protections cannot be guaranteed.

The government claims the push to change the law, which would also apply to Taiwan and Macau, stems from the killing last year of a Hong Kong woman while she was in Taiwan with her boyfriend. Authorities in Taiwan suspect the woman’s boyfriend, who remains in Hong Kong, but cannot try him because no extradition agreement is in place.

Under the amended law, those accused of offences punishable by seven years or more in prison could be extradited. The new legislation would give Hong Kong’s leader, known as the chief executive, authority to approve extradition requests, after review by the courts. Hong Kong’s legislature, the legislative council, would not have any oversight over the extradition process.

Why are Hong Kongers so angry about the bill?

Many Hong Kongers fear the law would be used by authorities to target political enemies and that it would signify the end of the “one country, two systems” policy, eroding the civil rights enjoyed by Hong Kong residents since the handover of sovereignty from the UK to China in 1997.

China had often used non-political crimes to target government critics, and there are fears that Hong Kong officials would not be able to reject Beijing’s requests.

Legal professionals have also expressed concern over the rights of those sent across the border to be tried. The conviction rate in Chinese courts is as high as 99%. Arbitrary detentions, torture and denial of legal representation of one’s choosing are also common.

What do the bill’s supporters say?

Supporters say the legislation is necessary to plug a “loophole” in the current law and protect Hong Kong from becoming a “haven for international fugitives”. Officials have promised to safeguard against abuses, pledging that no one at risk of political or religious persecution will be sent to the mainland and stressing the role of local judges as “gatekeepers” for extradition requests. Suspects who could face the death penalty would not be extradited.

What are the wider fears about Beijing’s influence on Hong Kong?

Many protesters say they feel overwhelmed by a sense of helplessness in the face of mainland China’s increasing political, economic and cultural influence in Hong Kong. Hong Kong’s top political leader is not elected by ordinary voters but by a 1,200-strong election committee accountable to Beijing. Half of its legislature are chosen through indirect electoral systems that favour pro-Beijing figures.

Many Hong Kongers also cite the jailing of leaders and activists from the 2014 Occupy Central movement– a 79-day mass civil disobedience movement – as well as the disqualification of young localist lawmakers as signs of the erosion of civil freedoms.

Many Hong Kongers are also concerned about China’s growing control over the city’s news media, as they increasingly self-censor and follow Beijing’s tacit orders. 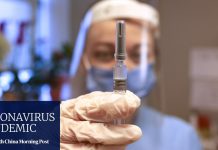 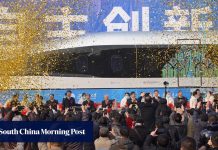 Is this Chinese prototype the shape of maglev train tech to come? 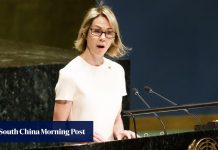 China-US rivalry: cancelled trips to Taiwan, Europe will help ease pressure for a while, observers say

Mr ‘Pivot to Asia’ in line to be Biden’s policy point man on China: report

If you want to truly understand China, do you need to be able to speak Chinese? | Yangyang Cheng