Holders Leeds Rhinos will again face Argonauts Skeleton Army in the final of the Wheelchair Challenge Cup in a repeat of the 2019 showpiece.

The final line-up was decided following a round-robin league involving all Super League clubs with the Rhinos topping the table and Argonauts second.

This year’s final on 3 July at Sheffield’s English Institute of Sport will be shown live on BBC Sport.

No play was possible in 2020 because of Covid-19 restrictions.

Dartford-based Argonauts had England quartet Fred Nye, Joe Coyd, Lewis King and James Hazel in impressive form as they won three of their five games in qualifying against Hull FC, Leyland Warriors and North Wales Crusaders, with only defeat by Leeds and a draw against Halifax going the other way.

However, the Rhinos, featuring key figures such as James Simpson, Nathan Collins, Jodie Boyd-Ward and Tom Halliwell, were dominant in winning all five of their games to cruise through to the decider. 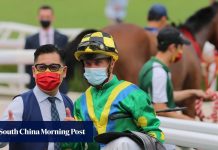