When Jessie Mei Li was offered the role of Alina Starkov in the new Netflix fantasy series Shadow and Bone , she experienced more than just the usual elation that a young actress scoring her first major television lead might feel.

There was an immediate kinship with Starkov, the heroine of Leigh Bardugo’s Grishaverse series of Young Adult books, which is set in a divided and dangerous world where monsters and humans coexist.

The 25-year-old Li could see herself in the journey of Starkov, a lowly cartographer’s assistant who has been blessed with remarkable powers.

Unlike the books, the character has been made mixed race (half-Shu, half-Ravkan). “It wasn’t just a diversity box ticker,” she argues. “It was something to help build the world and to help build her character.”

With the two nations at war with each other, the decision from Bardugo and showrunner Eric Heisserer (who wrote 2016 sci-fi hit Arrival ) to make Starkov mixed-race “adds so much” to her journey through the eight-episode season, she says.

“I thought it was a very freeing thing to experience – she’s half-Shu, but she’s also going to save the world. It felt very close to my heart.”

With an English mother and a father who is Hong Kong-Chinese, “it was a really interesting role for me to play because it kind of felt like it reflected my life in lots of ways”, says Li.

“Not being really sure in myself and who I am and where my ethnicity plays a part. And then being shoved into this massive TV show. My life was mirroring Alina’s in lots of ways while we were filming.”

Born in Brighton, on the English south coast, and raised in Redhill, Surrey, Li has felt conflicted by her dual identity in the past.

“[It’s] certainly something I felt growing up … I was very Chinese to my school friends but never feeling it. So that was another thing that I felt like I could bring [to the role], this shared experience of being in one place, but not really being connected to the other [place]. But everyone else thinks you are.” 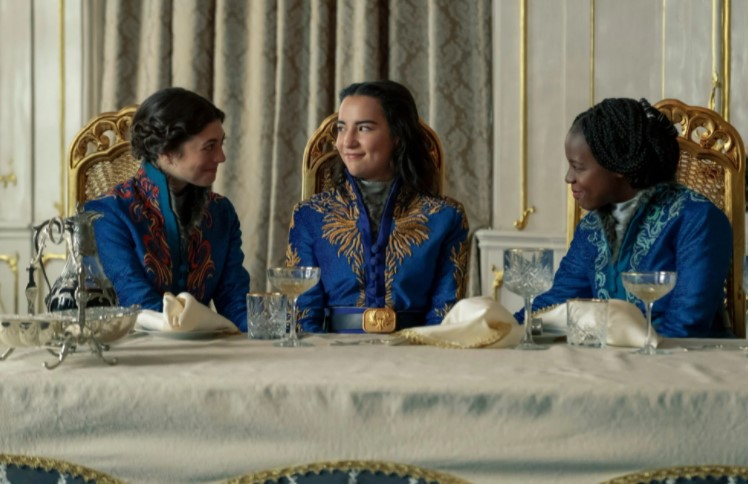 With her father’s side of the family now based in Vancouver, Canada, her experience of Hong Kong has so far been limited to just one visit.

“I went once when I was about 19. And I was very ill the whole time! I managed to get really sick. And then I spent most of it just in the hotel, and my aunties and uncles and my family were all coming back and bringing me food and things. It was a shame to miss out!”

Her background became more noticeable when she started auditioning after a spell in Britain’s National Youth Theatre.

“I’d go to auditions, and it would sometimes be for a mixed-race role. And sometimes those parts would go to a fully Asian person or a fully white person, whatever, which is fine – diversity and representation, it’s great. But at the same time, I often felt like ‘OK, what am I? Where do I fit in?’”

Gradually, she has begun to find her place. Her stage debut was alongside Gillian Anderson and Lily James in a London theatre production of All About Eve .

Then she scored a role in Edgar Wright’s upcoming 1960s-set horror Last Night In Soho, with The Queen’s Gambit star Anya Taylor-Joy . “I’m such a huge fan of Edgar Wright growing up,” she says. “I think Hot Fuzz was a film I watched more than any other film.”

She won her part on Shadow and Bone the day before she was due on Wright’s set.

“That was a really good little boost. It was good to just get my head in the right frame of mind, as well as thinking, ‘Right, I’m here to learn. When I do go to do Shadow and Bone and have a lot more pressure or responsibility, I want to be able to conduct myself in a way that I can be proud of.’” 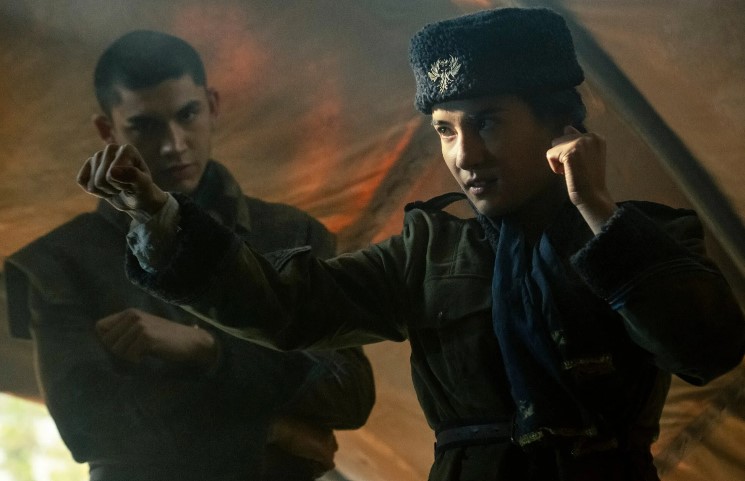 Li more than did that, from making other newcomers to the show feel comfortable to even learning how to speak some Hungarian on the Budapest-based set of Shadow and Bone just so she could tell jokes to the crew.

“I’m very interested in having a lot of harmony on set and we definitely achieved that,” she says.

Acting alongside more experienced co-stars Ben Barnes and Zoe Wanamaker did give her the jitters, however. “I didn’t sleep very well,” she admits. “Some of the eyebags Alina has were drawn on. Some were 100 per cent exhaustion!” 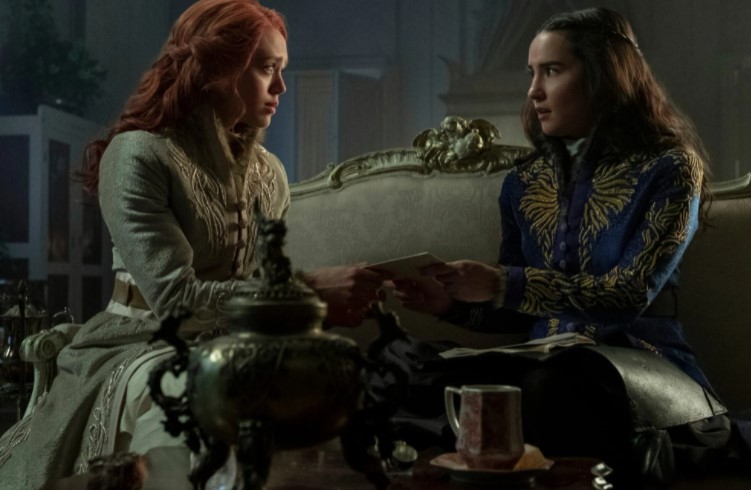 Now it’s a matter of counting down the days until fans can see the show. “I’m excited!” she cries. “Also kind of absolutely terrified.”

Shadow & Bone will start streaming on Netflix on April 23