LONDON, Dec 9 — Scottish auctioneers hope to sell off 3,900 bottles of rare whisky for up to £8 million (RM42.8 million) next year in what they said would be the largest private collection of the tipple ever to go up for auction.

Colorado businessman Richard Gooding, who died in 2014 aged 67, amassed the collection over two decades, flying regularly to Scotland to visit auction houses and distilleries in a quest for some of the world’s rarest single malts.

Perthshire-based Whisky Auctioneer will sell the individual bottles in the so called “perfect collection” of Scotch at two separate online auctions next year. The collection includes the world’s most expensive whisky – a Macallan.

“Its sheer scale and rarity makes it one of the most exciting discoveries in the whisky world,” Iain McClune, the founder of Whisky Auctioneer, said.

A bottle of Gooding’s favourite Black Bowmore from 1964 has an estimated hammer price of up to £17,000.

The collection includes bottlings from some of Scotland’s lost distilleries, including Old Orkney from Stromness Distillery and Dallas Dhu.

“Collecting Scotch was one of Richard’s greatest passions – an endeavour that spanned over two decades,” said Gooding’s wife, Nancy. “He loved every aspect of it; from researching the many single malt distilleries to visiting them and tasting their whiskies.”

Gooding, who kept the collection at his own private pub at his home in the Unites States, owned the Pepsi Cola Bottling Company from 1979 until 1988, when he sold it to its parent company PepsiCo. — Reuters

For a taste of Penang's Communal Table by gēn 根, hit up their special pop-up at MoMo's KL today 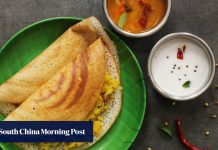 Dosa: Indian filled pancake makes a complete and healthy meal at any time of the day 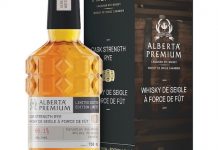 The best whisky in the world is… Canadian! 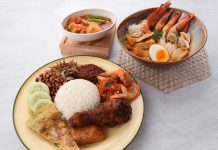 From lemak to laut

The original fusion cuisine – think borscht, sizzling steaks, and pineapple buns – has stood the test of time in Hong Kong 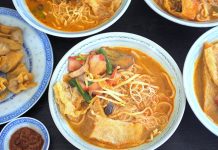 Where a spice lover eats Sichuan cuisine and Korean barbecue in Hong Kong, and her ultimate comfort food – deep-fried chicken

The special ‘gold’ Chinese noodle that’s thin as a thread 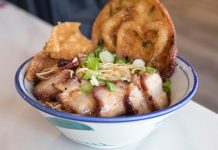 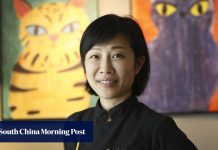