U.S. President Donald Trump arrives to speak to reporters in the Brady Press Briefing Room at the White House in Washington, U.S., November 24, 2020.

WASHINGTON – The White House fired the State Department official who said President Donald Trump was “entirely unfit to remain in office” following riots at the U.S. Capitol, a person familiar with the matter told NBC News.

In a pair of tweets Wednesday, Gabriel Noronha said Trump “needs to go” after the president encouraged a mob to storm the U.S. Capitol.

“President Trump fomented an insurrectionist mob that attacked the Capitol today. He continues to take every opportunity to obstruct the peaceful transfer of power,” Noronha tweeted Wednesday night.

“These actions threaten our democracy and our Republic. Trump is entirely unfit to remain in office, and needs to go.”

“All government officials swear to uphold and defend the Constitution. That is where our loyalties must lie – not to any man or political party,” Noronha added.

Noronha, who previously worked for Sen. Jim Inhofe and the late Sen. John McCain, served as a political appointee in the State department’s Iran office for nearly two years.

The White House and the State department did not immediately respond to CNBC’s request for comment.

Secretary of State Mike Pompeo, as well as other members of Trump’s Cabinet, condemned the violence that unfolded at the U.S. Capitol but stopped short of criticizing the president.

“Lawlessness and rioting — here or around the world — is always unacceptable,” the nation’s top diplomat wrote on Twitter.

READ  Hummer, yes, Hummer, has a new electric vehicle. But are you willing to pay over $100,000 for the pickup?

“Let us swiftly bring justice to the criminals who engaged in this rioting,” Pompeo wrote. “America is better than what we saw today.”

Earlier on Thursday, Trump withdrew his nomination of Chad Wolf to head the Department of Homeland Security, hours after Wolf, the acting Secretary, urged Trump to “strongly condemn the violence” at the U.S. Capitol.

“This is unacceptable. These violent actions are unconscionable, and I implore the President and all elected officials to strongly condemn the violence that took place yesterday,” acting secretary Wolf wrote in a statement Thursday.

The White House denied that the withdrawal was linked to Wolf’s response to the unrest.

US mortgage executives forecast a $3tn year in 2021 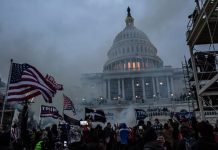 China and Russia could exploit chaos in the U.S. after Capitol riot, says a national security expert 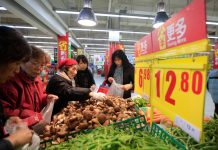 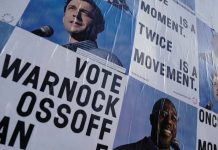 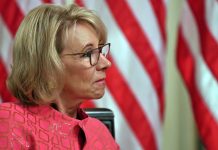