When Malaysians went to the polls on Nov 19, observers predicted that a hung parliament was inevitable given such a splintered political landscape.

Meanwhile, citizens from mostly rural areas were voting along nationalist and religious lines, with Perikatan Nasional (PN) campaigning on warnings that Malay-Muslims would lose their privileges if multiracial PH won.

But what surprised even seasoned analysts was the number of seats won by the Islamist Parti Islam Se-Malaysia (PAS), one of the parties in ex-premier Muhyiddin Yassin’s PN coalition and a group so hardline that its most strident critics have labelled it the “Malaysian Taliban”. Of the alliance’s 73 seats, 49 were won by PAS candidates.

As Anwar pieces together his new administration after being appointed by the king on Thursday (Noc 24), This Week in Asia looks at the key questions: Who is PAS, how did it gain influence, and how will it fare in a parliament where Anwar’s unity government has two-thirds majority?

How significant is political Islam in Malaysia?

Political Islam has been a mainstay in Malaysian politics since the country’s independence from Britain in 1957, though the Barisan Nasional bloc and its anchor party Umno – the country’s longest-serving political force – have tended to lean towards Malay nationalism rather than religious fervour to win heartland votes.

But PAS is the heartbeat of political Islam in the country, with a significant following in the northern and eastern sections of Peninsular Malaysia, including in Kelantan, Terengganu, Kedah and Perlis.

It also has a nominal presence in Malaysian Borneo.

In the past three general elections, PAS failed to garner enough support to win more than 23 seats. But experts say its performance on Nov 19 may be the start of a shift towards a more hardline agenda. 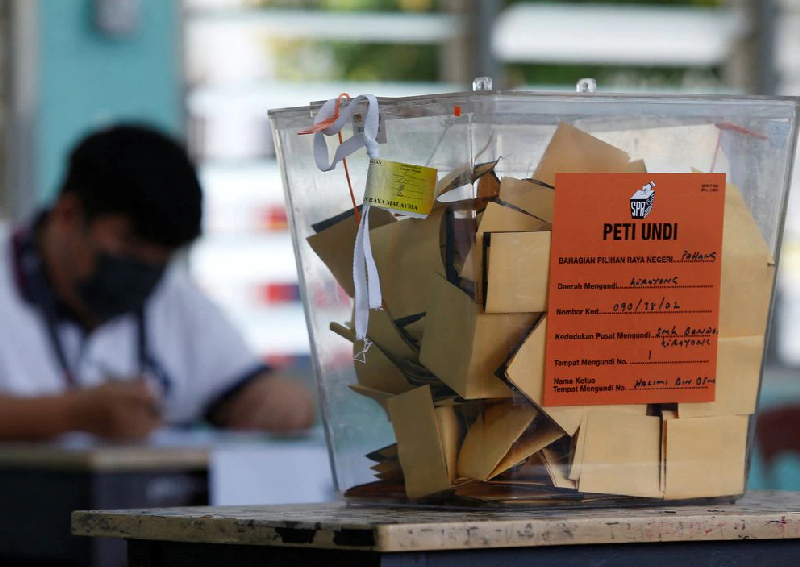 According to political analyst and commentator Amir Fareed Rahim, actions of some PAS leaders had made Malaysians cautious of the party’s conservative brand of politics.

“Many non-Muslims and a not inconsiderable number of Muslim Malaysians have always been suspicious of PAS, including its perceived goal of turning the country into an ‘Islamic state’,” he said.

Controversial moves, such as the push for a ban to limit the sale of alcohol in the country’s capital and calls for banning music concerts or gambling, have also marred the party’s reputation.

This election cycle, PAS leaders had come under fire for offensive remarks that often targeted opposition and non-Muslim communities.

PAS party chief Abdul Hadi Awang said non-Muslims would take a secondary role in government if his party took a leadership position. A PAS youth leader was also forced to apologise after saying that voters who chose opposition parties would “go to hell”.

An actor campaigning for PAS was also investigated after he threatened to “slaughter kafir harbi “, or enemies of Islam. He later apologised and PAS denounced his remarks, but observers say the incident was part of a pattern where outrageous statements are thrown into the public consciousness and sometimes attract an audience.

“It has the effect of moving the boundary line separating normal speech from hate speech,” according to Amrita Malhi, historian of Malaysia at Flinders University and the Australian National University.

“[It] makes the statement more acceptable when it comes up again later down the track, during a subsequent campaign or crisis,” she added. 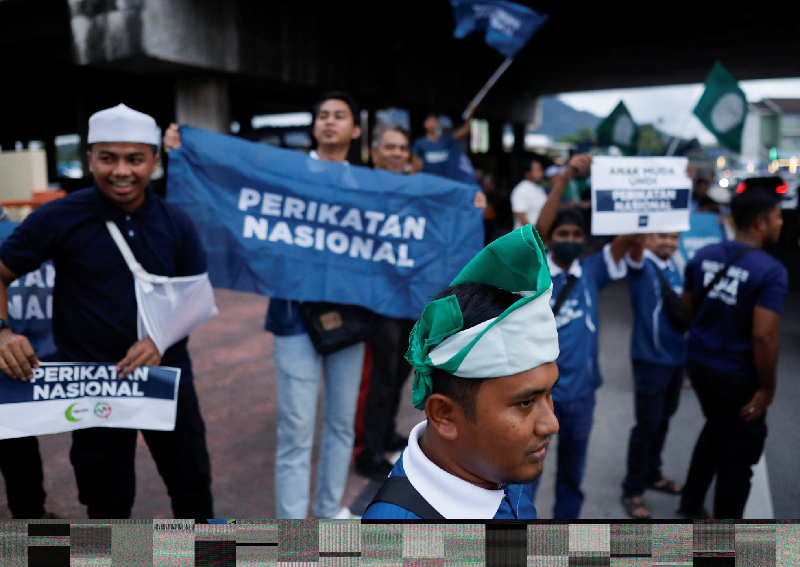 How did PAS gain influence?

PAS’ performance may have surprised some observers but Amir said the writing was on the wall, with the party gaining traction in Malaysia’s belt states, online and on social media.

Its alliance with former prime minister Muhyiddin’s Parti Pribumi Bersatu Malaysia (PPBM) – which sought to position itself as an alternative to Umno – gave PAS fresh appeal among voters.

“PAS on its own would not be able to enjoy this surge, but this became possible in partnership with other parties. PN is a new coalition and refreshes PAS appeal to other segments of the society who may have been wary of the traditional images and colours of the Islamist party,” said Amir.

“By running with PPBM, which portrayed itself as a safe haven for disillusioned Umno supporters, [PAS] has effectively cannibalised BN’s seat share, strengthened its position inside [PN], and emerged the biggest Malay party in the federal parliament,” added Malhi. 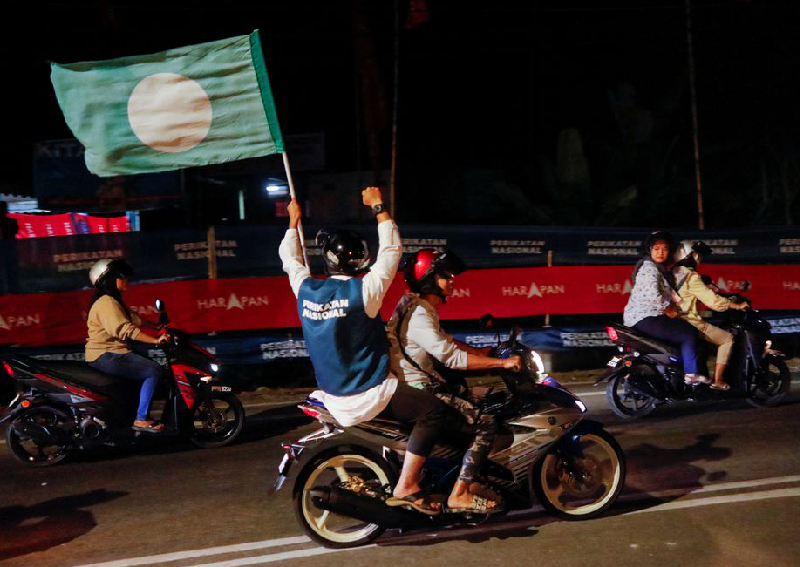 Experts also say that PAS could have appealed to new voters in this year’s election, with over 6 million more people eligible to vote compared to the 2018 election, after the government enabled automatic voter registration and lowered the voting age from 21 to 18.

“[PAS] has substantial campaigning experience built up over decades, along with a strong grassroots and social media campaign machinery, and a wide repertoire of advanced electoral tactics,” Malhi said.

PAS won over young and undecided voters, Amir argued, by engaging young voters on the ground and through its early adoption of social media platforms including TikTok.

In the aftermath of the polls, authorities warned of a rise in ethnic tensions on social media, while TikTok said it was on high alert for content that violated its guidelines.

How will PAS’ clout affect Anwar?

Muhyiddin and PAS have resisted Anwar’s overtures for them to join his unity government, which on Friday consisted of an alliance that commanded a majority of over two-thirds in parliament.

Along with PH, the Anwar government has the backing of BN’s 30 MPs, the Sabah parties of Warisan and GRS, as well as the GPS coalition.

Anwar said his unity government had reached the 148-seat threshold for a two-thirds majority, and that he would test his support in a confidence vote when parliament convenes on Dec 19.

On Friday, PAS congratulated Anwar and said it would consider his proposal of PN joining his unity government, but a day later the party issued a statement saying it would not do so.

“PAS will continue to act as a constructive opposition by advising all parties to ensure national governance runs smoothly,” its secretary-general Takiyuddin Hassan said in a statement.

PAS’ long-term political viability and growth may hinge on whether it untethers itself from the influence of its most conservative wing.

Amir, the analyst, suggested that PAS – initially a party of religious scholars and Muslim activists – has tried to change with the times by including more women and professionals such as engineers, doctors and economists.

“Malaysia is a multiracial and multi-faith nation,” said Amir. “The idea of an Islamist party having greater voice in the nation’s politics can be unnerving to a multiracial Malaysia. “However, PAS also needs to realise that if it is to keep the electoral gains, it has to govern with its partners, closer to the centre.” 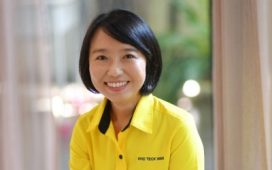 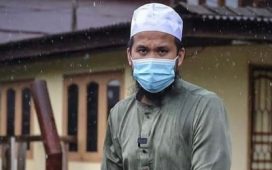 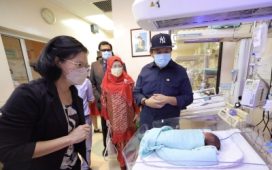 Govt should give priority to health funding to improve services, says Lukanisman 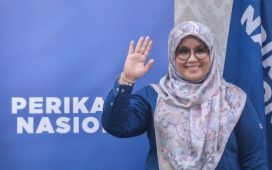 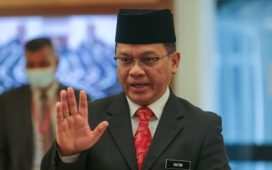 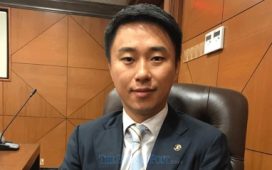 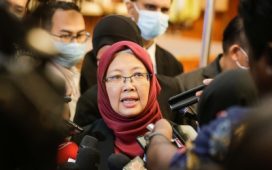 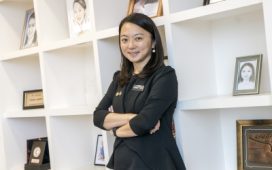 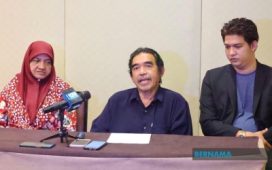