A nurse adjusts her PPE in the ICU (Intensive Care Unit) in St George’s Hospital in Tooting, south-west London, where the number of intensive care beds for the critically sick has had to be increased from 60 to 120, the vast majority of which are for coronavirus patients.

LONDON — The World Health Organization on Thursday warned of a tipping point in the fight against the coronavirus pandemic, amid growing fears over more infectious variants of the virus that have resulted in a rapid surge of infections.

Countries are scrambling to contain two variants found in the U.K. and South Africa that are significantly more transmissible, with public health experts anxious about the potential impact on inoculation efforts.

To be sure, while the variants spread more easily, there is no clear evidence of the mutated viruses being associated with more severe disease outcomes. But, being more transmissible means more people can get infected, and this could mean more serious infections and more fatalities.

In recent weeks, optimism about the mass rollout of Covid-19 vaccines appears to have been tempered by the resurgent rate of virus spread.

“We were prepared for a challenging start to 2021 and it has been just that,” Dr. Hans Kluge, WHO regional director for Europe, said in an online press briefing.

“This moment represents a tipping point in the course of the pandemic where science, politics, technology and values must form a united front in order to push back this persistent and elusive virus.”

‘We are very much in the thick of it’

One year on from the health agency’s first report about Covid-19, Kluge reflected on the fact that the WHO European region saw more than 26 million Covid cases and over 580,000 deaths in 2020.

Several countries in Europe have imposed national lockdown measures in recent days, with more expected to follow suit in the coming week in a bid to mitigate the pressure on already strained health facilities.

View of an almost deserted city center on December 15, 2020 in Amsterdam, Netherlands.

As of Wednesday, almost half of all countries and territories in Europe recorded a seven-day incidence of over 150 new cases per 100,000 population. The WHO estimated more than 25% of those were reporting “very high” incidence rates and strained health systems.

“I have to say that at the moment we are very much in the thick of it. Not only are we in the thick of it, we are probably in the European region in the most acute phase of transmission and we continue to see (a) really big impact on hospital wards,” Dr. Catherine Smallwood, senior emergency officer at WHO Europe, said during the online briefing.

“In order to start to change any of that we really need to bring down transmission and we need to control the spread despite the rollout of vaccinations,” Smallwood said.

The European Commission on Wednesday gave final approval for the use of the Covid vaccine developed by U.S. firm Moderna. It was the second vaccine to be approved by the EU’s executive arm, with the Pfizer–BioNTech vaccine having previously been given the green light.

The EU, which started its vaccination program on Dec. 27, has been criticized for the slow rollout of jabs across the bloc. It is trying to catch up with Israel and the U.S., where large numbers of people have already received an inoculation against the virus.

To date, Europe has recorded 27.5 million confirmed Covid cases and 603,563 related deaths, according to data compiled by the WHO. 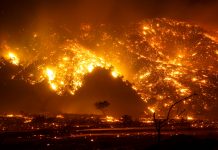 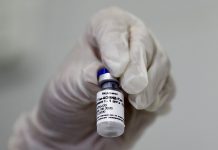 Europe at tipping point with Covid running rampant, says WHO