Inflation has become a big issue for the U.S. economy and, of course, a big political headache for the Biden administration. But while many people have been urging President Biden to “focus” on inflation, there have been many fewer suggestions about what he might actually do. (Wander around the White House muttering, “I’m focused, I’m focused”?) For the most part, controlling inflation is now a matter for monetary policy, and the main thing Biden can do is let the technocrats who control money do their job — which means not engaging in Trump-style haranguing of the Federal Reserve.

One thing the Biden administration has been doing, however, is trying to toughen up antitrust policy, arguing that highly concentrated ownership in many industries — largely a result of decades of lax regulation — is helping keep prices high and possibly contributing to recent inflation.

I’d describe this initiative as controversial, except that there’s hardly any controversy, at least in the media: Biden’s linkage of monopoly power to inflation is facing vehement, almost hysterical, criticism from all sides, including many progressive commentators. And I find that vehemence puzzling; I think it says more about the commentators than it does about the administration.

Let’s stipulate that monopolies aren’t the reason inflation shot up in 2021 — because there was already plenty of monopoly power in America back in 2020. True, profit margins, as measured by the share of profits in gross domestic product, have increased quite a lot recently:

Most of that rise, however, probably reflects big returns to companies, like shippers, that happen to own crucial assets at a time of supply-chain bottlenecks. It’s possible, as Senator Elizabeth Warren has suggested, that some companies are using general inflation as an excuse to jack up prices, abusing their monopoly power in ways that might have provoked a backlash in normal times; that’s certainly not a crazy argument, and making it doesn’t make Warren the second coming of Hugo Chavez. Still, such behavior can’t explain more than a small fraction of current inflation.

But as far as I can see, the Biden administration and its allies aren’t claiming otherwise. They’re simply emphasizing monopoly power because it’s one thing they might be able to do something about.

And where is the policy harm? On one side, toughening up antitrust enforcement in sectors like meatpacking is something the U.S. government should be doing in any case. On the other side, there’s no hint that the administration’s antimonopoly rhetoric will lead to irresponsible policies elsewhere.

As I said, all indications are that Biden and company will leave the Fed alone as it raises interest rates in an effort to cool demand. And I haven’t seen any important Democratic figure, inside or outside the administration, calling for Nixon-style price controls. The most interventionist policy that seems remotely possible would be something like John F. Kennedy’s jawboning of the steel industry after an obviously coordinated jump in steel prices — and it’s hard to imagine Biden sounding nearly as hard-line and critical of big business as Kennedy did in that speech, as you can see in the video below.

So why the barrage of criticism, not just from the right — which was to be expected — but from the center and even the center-left?

I don’t really know the answer, but I have a few suspicions.

Part of the problem, I think, is an obsession with intellectual purity. Some policy wonks outside the administration apparently expect the policy wonks inside the administration — many of them friends and former colleagues — to keep sounding exactly the way they did when they weren’t political appointees. But look, that’s not the way the world works. Political appointees are supposed to serve the politicians who appointed them. Dishonesty or gross misrepresentation of reality isn’t OK, but emphasizing the good things one’s employers are trying to do is OK — and part of the job.

Beyond that, it sure looks as if many people who consider themselves progressive are made deeply uncomfortable by anything that sounds populist — even when a bit of populist outrage is entirely justified by the facts. Imagine the reaction if Biden gave a speech sounding anything like Kennedy on the steel companies (again, video below). How many Democratic-leaning economists would have fainting spells?

So here’s my suggestion: Give Biden and his people a break on their antitrust crusade. It won’t do any harm. It won’t get in the way of the big stuff, which is mostly outside Biden’s control in any case. At worst, administration officials will be using inflation as an excuse to do things they should be doing in any case. And they might even have a marginal impact on inflation itself.

Has Biden’s jawboning of the beef industry been working?

The economics and politics of market concentration. 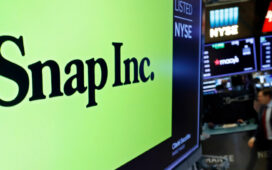 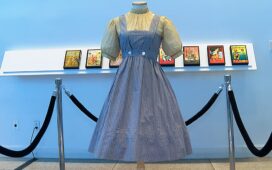 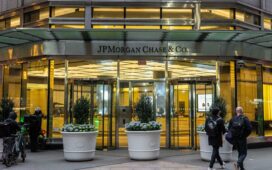 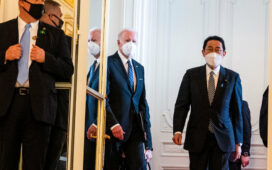 A new billionaire every 30 hours: Wealth increased for the richest during pandemic, report says