Why is the US about to give away $52bn to corporations like Intel? | Robert Reich


Congress will soon put final touches on the Chips Act, which will provide more than $52bn to companies that design and make semiconductor chips.

The subsidy is demanded by the biggest chipmakers as a condition for making more chips in America.

The world’s biggest chipmaker (in terms of sales) is already an American corporation – Intel, based in Santa Clara, California.

Intel hardly needs the money. Its revenue rose to $79bn last year. Its chief executive, Pat Gelsinger, got a total compensation package of $179m (which was 1,711 times larger than the average Intel employee).

Intel designs, assembles, and tests its chips in China, Israel, Ireland, Malaysia, Costa Rica, and Vietnam, as well as in the US.

The problem for the US is Intel is not helping America cope with its current shortage of chips by giving preference to producers in the United States. And it’s not keeping America on the cutting edge of new chip technologies.

Obviously, Intel would like some of the $52bn Congress is about to throw at the semiconductor chip industry. But why exactly should Intel get the money?

Among the other likely beneficiaries of the Chips Act will be GlobalFoundries, which currently makes chips in New York and Vermont – but in many other places around the world as well.

GlobalFoundries isn’t even an American corporation. It’s a majority-owned subsidiary of Mubadala Investment Co, the sovereign wealth fund of the United Arab Emirates.

The nation where a chipmaker (or any other high-tech global corporation) is headquartered has less and less to do with where it designs and makes things.

Which explains why every industry that can possibly be considered “critical” is now lobbying governments for subsidies, tax cuts, and regulatory exemptions, in return for designing and making stuff in that country.

India, Japan and South Korea have all recently passed tax credits, subsidies and other incentives amounting to tens of billions of dollars for the semiconductor industry. The European Union is finalizing its own chips act with $30bn to $50bn in subsidies.

Even China has extended tax and tariff exemptions and other measures aimed at upgrading chip design and production there.

“Other countries around the globe … are making major investment in innovation and chip production,” says Senate majority leader Chuck Schumer. “If we don’t act quickly, we could lose tens of thousands of good-paying jobs to Europe.”

John Neuffer, the chief executive of the Semiconductor Industry Association (the Washington lobbying arm of the semiconductor industry) warns that chipmaking facilities are often 25 to 50% cheaper to build in foreign countries than in the United States.

Why is that? As he admits, it’s largely because of the incentives foreign countries have offered.

As capital becomes ever more global and footloose, it’s easy for global corporations to play nations off against each other. As the then-chief executive of US-based ExxonMobil unabashedly stated: “I’m not a US company and I don’t make decisions based on what’s good for the US”

People, by contrast, are rooted within nations, which gives them far less bargaining power.

This asymmetry helps explain why Congress is ready to hand over $52bn to a highly profitable global industry but can’t come up with even $22.5bn the Biden administration says is necessary to cope with the ongoing public health crisis of Covid.

If they are publicly owned, corporations must be loyal to their shareholders by maximizing the value of their shares. But over 40% of the shareholder value of American-based companies is owned by non-Americans.

Besides, there’s no reason to suppose a company’s American owners will be happy to sacrifice investment returns for the good of the nation.

The real question is what conditions the United States (or any other nation that subsidizes chipmakers) should place on receipt of such subsidies.

It can’t be enough that chipmakers agree to produce more chips in the nation that’s subsidizing them, because chipmakers sell their chips to the highest bidders around the world regardless of where the chips are produced.

If the US is going to subsidize them, it should demand chipmakers give highest priority to their American-based customers that use the chips in products made in the United States, by American workers.

And Congress should demand they produce the highest value-added chipmaking in the US – design, design engineering, and high precision manufacturing – so Americans gain that technological expertise.

What happens if every nation subsidizing chipmakers demands these for itself?

Chipmakers will then have to choose. The extortion will then end.

This article was amended on 27 June 2022. GlobalFoundries is majority-owned by Mubadala Investment Co, not wholly owned as an earlier version said.

See also  If you must worry, worry about wages
Share on FacebookShare on TwitterShare on LinkedInShare on Reddit
asianewsdayJune 26, 2022

U.S. Oil Prices Fall Below $90 a Barrel for the First Time Since February

State tax holidays are coming: Here's when you can get relief on back-to-school supplies 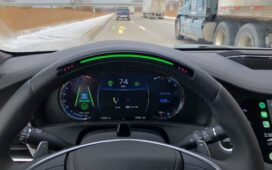 GM to expand its hands-free Super Cruise system to span 400,000 miles, including Route 66 and the Pacific Coast Highway