It is 5am at Changi Beach. The tide is out and dawn is nowhere in sight.

I meet Mr Dennis Chan, 26, who hands me a torch. Mr Chan, the founder of The Untamed Paths, which provides local wildlife tours, is my guide for the day.

We are exploring the intertidal zone, the part of the coast that is submerged at high tide and exposed during low tide. We walk 50m away from the shoreline, sinking ankle-deep in some places.

The shallows are teeming. Silver fishes dart in 5cm of seawater, while white terns flit like ghosts above them.

There are shell-stealing hermit crabs, purple-tinged moon crabs and baby flower crabs that may grow up destined for seafood restaurant menus.

There are hundreds of tiny sea snails, which look like ball bearings that have suddenly started to wriggle and squirm.

It is as if I have discovered a secret planet at my feet.

One wonders, however, why Mother Nature has to be quite so weird. There seem to be too many squishy blobs like sea anemones and sea squirts.

Unlike its dull, conformist peers, the pink warty sea cucumber is decked in a trippy combination of hot pink and banana yellow.

I had not realised before that Singapore is an apparent hotbed for bizarre wildlife.

Chief among these is the colugo, an elusive gliding mammal that I encounter on another guided walk with Mr Chan, this time at night in Bukit Batok Nature Park.

The sunda colugo, a native of mature forests in Singapore, has a giant membrane called a patagium, which stretches from its face to its digits to its tail. If it were a superhero, it would be all cape and a pair of bug eyes.

This outsized skin flap helps the nocturnal critter – whose other oddball qualities include having teeth shaped like a comb – glide long distances from tree to tree.

To get the most of any nature walk, look out for “subtle noises and movements”, Mr Chan advises.

He points out an Asian toad, whose brush against a blade of grass is beyond my hearing range.

Suddenly, he looks up into the trees. Ever the Muggle gawking at his Dumbledore powers of observation, all I see is a tree branch until he points to what looks like a deflated brown plastic bag hanging off it.

The colugo’s “body language” shows it’s about to “fly”, he whispers.

Our photographer gets into position just in time: the colugo spreads its membrane, revealing an unsuspected baby clinging underneath, and shoots like a missile to a nearby tree. It takes an electrifying second.

While the early hours at the coast impart a sense of zen, wildlife-spotting at night is edgier.

The air is muggy and heavy with expectancy. The animals are awake and active, if only I could see them. I am not sure I want full night vision, though; I am a little afraid of snakes.

We head off to Upper Seletar Reservoir Park. The night sky, with its gibbous moon, is the brightest spot in the darkened forest.

Mr Chan stops by a log next to the sandy path. He whips out an ultraviolet light, which shows scorpions glowing blue, their menacing tails curled up.

Who knew that all scorpions fluoresce under UV light? It is the witching hour, after all, and I have learnt that there is plenty of magic in the science in our own backyard. 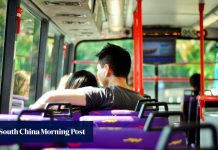 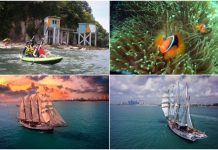 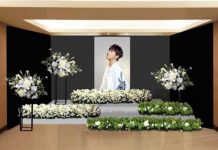 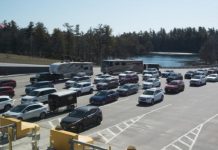 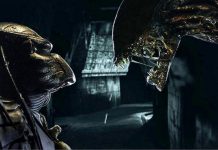 The Life List: Movie marathons to catch on Netflix 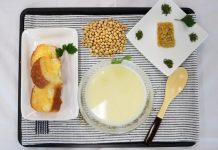