A former German defense chief told CNBC Friday that it may be impossible for his country to meet NATO spending targets and questioned whether President Donald Trump would be happy with any outcome on the issue.

Trump has repeatedly called on NATO allies like Germany to increase contributions toward defense, often criticizing them for not complying with a commitment to spend 2% of their gross domestic product (GDP). But Karl-Theodor zu Guttenberg, the former German defense minister, doubted whether Germany would ever reach that target.

“Will Donald Trump ever be happy? Probably not, even if they come to these numbers, which I think is more or less impossible, he will just find the next thing to throw at Germany, or not even at Germany, whomever pleases him at that very moment,” he told CNBC’s Geoff Cutmore in Salzburg, Austria.

The relationship between the United States and Germany has been somewhat tense since Trump took over at the White House, especially in areas such as trade and foreign relations. Zu Guttenberg said the most significant thing for the current German defense minister, Annegret Kramp-Karrenbauer, is to show that Germany is “an extremely reliable partner in military terms” and that it is willing to take responsibility in “even nastier places around this globe.”

“And then of course come closer to the threshold of 2%. But it is quite hard,” he said, adding that it would be difficult to get such a rise in defense spending through the German parliament.

Another point of tension between Western allies is Iran. The U.S. decided to exit a nuclear deal with Iran that the prior administration signed alongside some EU nations. The European countries, including France, the U.K. and Germany, have tried to keep the deal going. However, tensions have escalated further in recent weeks amid the seizure of oil tankers and the shooting down of drones.

“It is rather dangerous,” zu Guttenberg told CNBC about the situation. “I don’t expect anyone stepping deliberately into a war. I talk to many stakeholders in the U.S. political spectrum and everyone says even Donald Trump — who is always good for a surprise at that’s the mildest phrase I can find for his political acting — doesn’t have an interest at all to ruin his re-election chances for next year by waging a war against Iran. On the other hand, talking to stakeholders from the region over there, they are afraid, and they say we have never been as close to war as right now,” zu Guttenberg, who also served as German economy minister, said.

“We are now at a threshold, if we have an accident, just an accident, it could ignite (tensions) even more right away and the one thing that worries me the most (is) we have never been as disunited in the so-called Western part of the group of six,” he added. 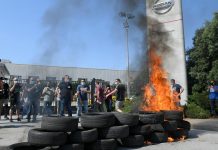 Nissan to shut factory in Barcelona, thousands of workers affected 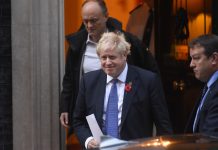 EU green recovery package sets a marker for the world 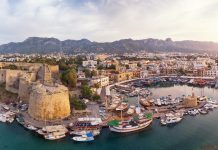