It was a humid Wednesday (Nov 16) evening as thousands of people thronged a public field in Kuala Lumpur to listen to campaign pitches from top leaders of Malaysia’s opposition Pakatan Harapan coalition ahead of the Nov 19 vote.

As beads of sweat glistened on his forehead amid the glare of the spotlight, Anthony Loke, secretary general of the Democratic Action Party (DAP), told the crowd that they have come a long way from 2008 when the opposition pact was known as Pakatan Rakyat.

“Back then, we were in a weak position and BN were strong,” he said, referring to the long-ruling Barisan Nasional (BN) coalition.

“Now BN are weak and we are strong,” Loke said to raucous cheers from supporters, who stood in rapt attention despite the rain.

The two-week campaign for the 2022 general election – which comes to a close at midnight on Saturday – has been one of unfamiliar standing for most of the coalitions and parties competing for control of the 222-seat lower house of parliament, known as the Dewan Rakyat.

For starters, this is the first election where voters have three distinct coalitions to choose from – Pakatan Harapan, Barisan Nasional and the upstart Perikatan Nasional.

The campaign rolled off in earnest for Pakatan Harapan, which is eager to shrug off the betrayal by some of its own that led to the fall of its federal administration in a 2020 coup and regain the trust of voters to earn the right to rule the country for a second term.

This is arguably the first election where Pakatan Harapan is not seen as the underdog, having gained some years of experience in federal office and running with battle-hardened and well-oiled campaign machinery that is the envy of its opponents.

Central to its push to power is to save the country from what it described was the incompetence of the last administration jointly led by Barisan Nasional and Perikatan Nasional amid soaring inflation and stagnating wages, offering a progressive government that will be led by opposition leader and long-time prime ministerial hopeful Anwar Ibrahim. 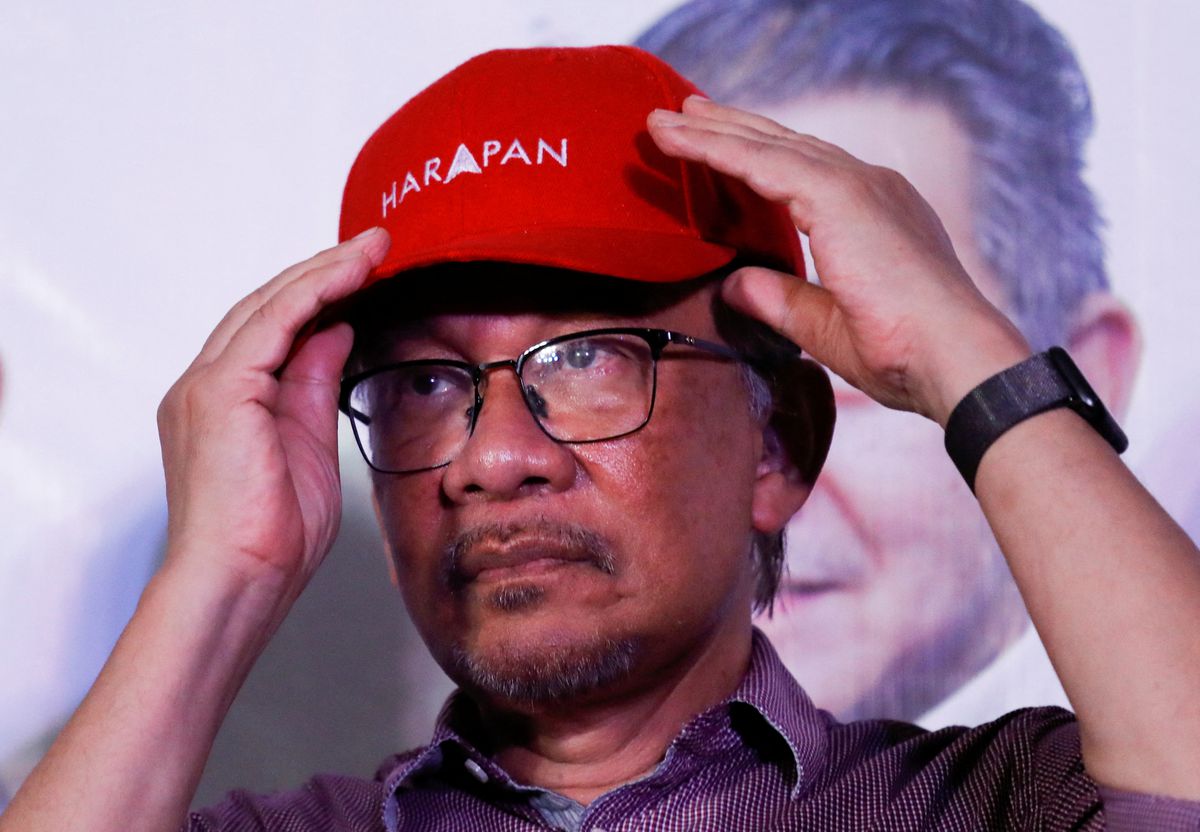 Riffing off former US president Barack Obama’s ‘Yes We Can’ slogan, Pakatan Harapan was the first to roll out an election manifesto promising broad reforms in politics, government, education, standards of living and rights for minorities under its ‘Kita Boleh’ or ‘We Can’ campaign.

Anwar took leadership of the campaign and went on a nationwide tour to stump for Pakatan Harapan candidates and to convince voters to grant the party at least a simple majority of 112 seats to secure federal power.

The campaign appeared less coordinated for Barisan Nasional, which appears to have yet to adjust to the reality that they were booted out of power in the 2018 election, on widespread anger over rising living costs and allegations of rampant corruption among their top leaders.

Candidates were largely left to fend for themselves, narrowing their focus to the smaller localities instead of the flashy mega-rallies that they were known for organising in the decades that they were in control of government.

Unlike Anwar, Prime Minister Ismail Sabri Yaakob, who has been named Barisan Nasional’s ‘poster boy’ prime ministerial candidate should the party return to power, has had limited engagements outside of his Bera constituency in the state of Pahang. 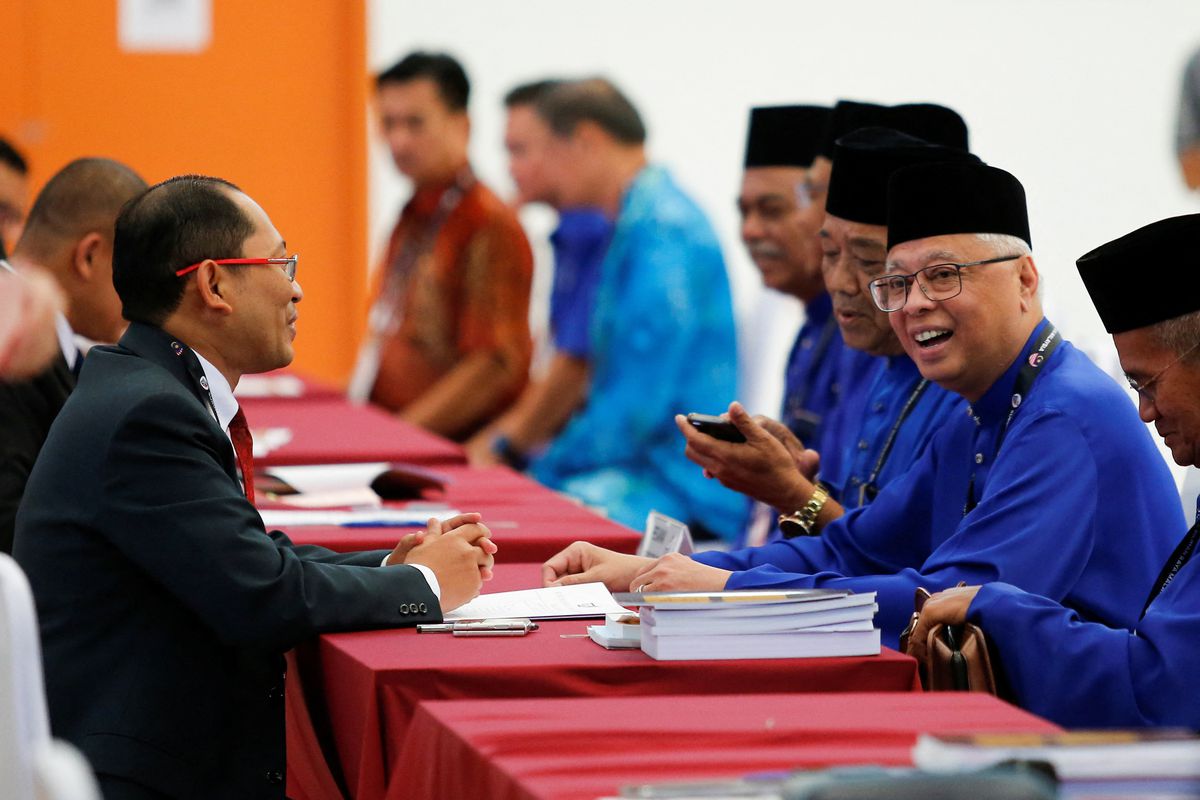 Perikatan Nasional has been sparing no expense in voter outreach.

Besides organising physical rallies, the party has taken to social media in a big way, getting influencers on board and blasting its message of a “clean and stable” government through professionally edited short videos broadcast over TikTok and Instagram, among others.

Even Perikatan Nasional Chairman and former premier Muhyiddin Yassin, who was among the leaders who left Pakatan Harapan and organised the 2020 coup, got into the action, dancing to a popular local Malay song to bolster youth engagement.

Despite the changing alignments, some aspects of Malaysia’s politics remained in place.

Racial and religiously-tinged rhetoric continued to loom large in the campaign space, especially on the part of Barisan Nasional and Perikatan Nasional – both of which lean towards conservative nationalist positions in favour of the majority ethnic Malay community.

A youth leader of the Pan-Malaysian Islamist Party, a key member of Perikatan Nasional, told a crowd at a campaign stop last week that those who vote for Pakatan Harapan and Barisan Nasional will go to hell.

While the youth leader has since apologised for the statement, he was hardly the only one stoking racial and religious sentiments.

Prime Minister Ismail Sabri had said that a vote for Pakatan Harapan would be a vote for DAP, a regular target of accusations by his Umno party of being “communist” and “Chinese chauvinists” intent on wresting power from the Malays.

This election, however, remains too close to call as it is unclear if Pakatan Harapan will be able to convince supporters to set aside their disappointment over the 2020 coup and turn out in force to vote.

Adding to the fog is the inclusion of six million new voters after parliament lowered the voting age to 18 and approved automatic voter registration.

The consensus among pundits and analysts is that no single coalition or party is likely to win enough seats to get across the finish line on their own.

Whether this means a return of a working partnership between Barisan Nasional and Perikatan Nasional to secure power or a completely different configuration altogether, will depend entirely on how voters feel on Saturday.