MONTREAL, Sept 13 — As Covid-19 grounds swaths of airline fleets, companies that profit off the dismantling and trade of aircraft parts are seeing early signs of an expected rebound in activity as carriers accelerate plane retirements.

While companies that store, dismantle, and buy and sell used aircraft parts see opportunity in parked planes, a sudden increase in the supply of used parts risks depressing prices in the estimated US$3 billion a year industry, despite demand from airlines seeking to lower maintenance costs, executives and analysts say.

Even as aviation remains in a slump because of the pandemic, the head of US commercial aerospace company GA Telesis was made aware of five airlines calling for offers to dismantle planes.

Across the border, Canada’s Aerocycle is bidding to buy grounded planes for the first time to dismantle and resell for parts, instead of just recycling aircraft on consignment from carriers, its CEO said.

The fate of the world’s pool of grounded planes is being closely watched by players in the market for used-serviceable material, with one report from consultants Oliver Wyman forecasting “a tsunami of demand” for such parts, as airlines seek to lower costs.

Used materials could compete with new parts and defer immediate airline demand for “aftermarket” spend, referring to the maintenance, repair and overhaul sector, now estimated by Naveo Consultancy at US$50 billion.

As a result, one industry executive said he has avoided buying parts, fearing a slump if too many planes are dismantled.

“I think we’re going to see a rapid decrease in pricing,” said the executive, speaking on condition of anonymity.

The number of planes dismantled for parts or scrap could double to 1,000 annually through 2023, up from roughly 400 to 500 planes a year since 2016, according to data firm Cirium.

Naveo estimates 60 per cent of global passenger and cargo fleets are currently flying.

In 2020, Naveo expects 2,000 aircraft will be retired, or parked and not returned to service, up from 680 in 2019. But those planes would not all be immediately dismantled, as some carriers wait in case market conditions improve, Managing Director Richard Brown says.

Indeed, UK-based Air Salvage International, which normally dismantles between 40 and 50 aircraft a year, has parked more planes without a buyer for their parts since the Covid-19 outbreak. Founder Mark Gregory expects most will eventually be dismantled.

Before the pandemic, planes arrived at Air Salvage with a buyer, reflecting healthy demand for coveted parts like engines.

Airlines seek viable used parts from retired aircraft for their younger planes that are due for heavy maintenance. That allowed airlines to avoid costly repairs and keep their aircraft flying.

GA Telesis, which counts Tokyo Century Corp as its largest shareholder, has seen airlines use spare parts from their grounded aircraft to put off maintenance at the company’s repair business, chief executive Abdol Moabery said.

The pandemic, which is expected result in a 55 per cent drop in 2020 passenger numbers, has prompted early retirements of older planes, including the grounding of B747 jets by British Airways, some of which are headed to Air Salvage.

Gregory said Air Salvage was approached by an aircraft leasing company about dismantling several A380s, but with only about 5 per cent of the jumbo jets still active according to Naveo, demand is slim for their parts.

Airlines are looking for narrowbody parts, since around 64 per cent of that single-aisle aircraft type are active, flying domestic routes.

James Benfield, a UK partner with Baird Capital, expects increased demand for disassembly services for single-aisle B737 and A320 aircraft, after the private equity company acquired a disassembler in August.

While maintenance companies and new engine producers also deal in used materials, a parts surplus could weigh on their sales.

General Electric Co’s CEO said during a July earnings call that the company is “well positioned to participate” in the industry trend for used serviceable material.

“It’s a calculated risk,” Haber said. “We know what type of aircraft are going to be flying and still in high demand.”

Airlines have avoided selling aircraft at losses, despite pressure from certain bargain-hunters.

“There’s a lot of low-balling going on,” Moabery said. “But those offers aren’t being accepted yet.”

Companies like Florida-based International Aircraft Associates (IAA) are watching in case airlines and lessors cut their losses by year’s end and convert their parked planes for parts.

“If they do that, that’s when people like us want to be ready,” IAA President Mitch Weinberg said. — Reuters

READ  Ringgit unchanged against US dollar

MBSB says will provide repayment assistance campaigns for its customers 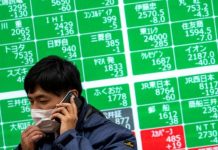 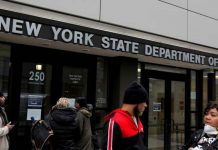 Data shows reversal in US hiring while housing recovery continues