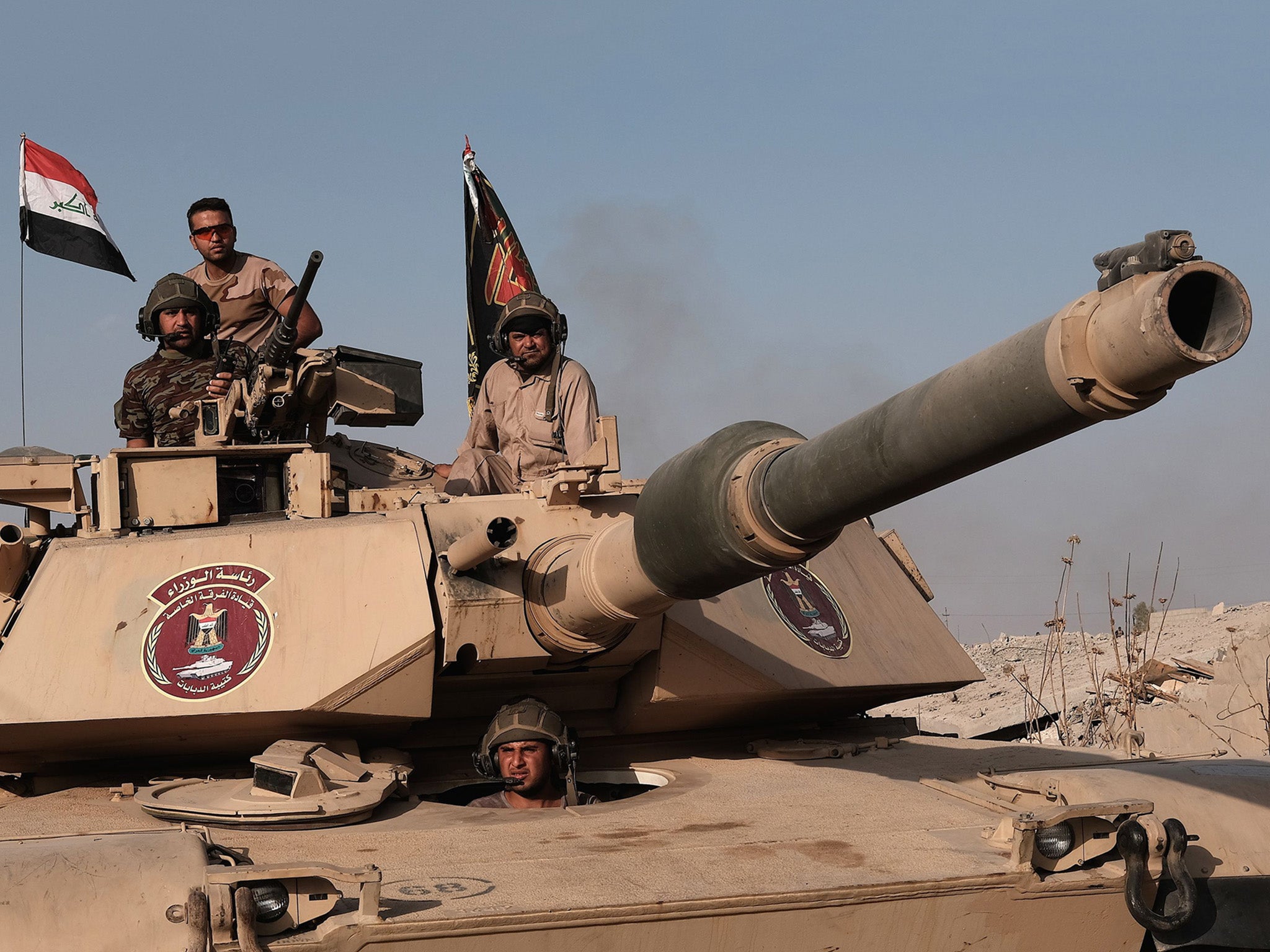 In the summer of 2014, Iraq was staring into the abyss. Isis controlled a third of the country and the army had collapsed. There was only one fighting force capable of leading the fightback.

Iraq’s elite Counter Terror Service (CTS), known as the Golden Division, spearheaded an offensive to recapture villages, towns and cities until it finally took control of the last Isis stronghold of Mosul.

That victory came at a terrible cost. By doing the job of regular infantry, instead of the specialised raids they were trained for, the division lost around half of its fighters due to injury or death during the battle for Mosul.

Today, the caliphate may have been defeated, but Isis is already rebuilding. So too is the Golden Division, and its efforts over the next few years will be crucial in determining whether Isis can rise again to threaten the world.

The person in charge of making sure that doesn’t happen is a man named General Talib Shaghati al-Kinani, the commander of the Golden Division. A veteran of the Iran-Iraq War and the Gulf War, the general became a well-known face during the campaign against Isis as he regularly appeared on television to give updates on the battle.

There are perhaps few institutions that can claim to have had a bigger role in the terror group’s demise, and in preventing its comeback. Speaking to The Independent at the division’s headquarters in Baghdad’s Green Zone, General Kinani says the decision to send his 10,000-strong force to fight Isis was the logical move.

“Isis are not a traditional enemy. The police and army were not trained to deal with them. The CTS is specialised in fighting terror,” he says.

“The security services needed more morale, especially after the fall of Mosul. I had these well-trained fighters under my command. I had a responsibility,” he says.

The Golden Division won a string of quick victories as it pushed outwards from Baghdad, backed by the US-led international coalition with advisers on the ground and jets in the sky. They fought Isis in the urban battlegrounds of Tikrit, Ramadi, Fallujah – all the way to Mosul. They were bolstered by the newly formed Popular Mobilisation Forces, an umbrella group of mostly Shia militias with some 60,000 fighters.

The more battles the CTS won, the more popular they became. It was a dramatic turnaround for an organisation that had once been known as the “Dirty Division”.

The CTS was set up by the US military shortly after the invasion of Iraq. Its soldiers were picked from the best the other security services had to offer, and underwent an intensive selection process overseen by Green Beret special forces. From the outset, they were tasked with carrying out specialised anti-terror raids intelligence operations – which they did effectively.

But by the time the US began withdrawing its forces from Iraq in 2007, things began to fall apart. The CTS became associated with the same corruption and mismanagement as the rest of the security services.

The deeply sectarian Shia prime minister, Nouri al-Maliki – to whom much of the blame for the rise of Isis is attributed – was accused of using the CTS to go after his political opponents.

“Back in 2009, the CTS was seen as Maliki’s praetorian guard, kind of a presidential hit squad,” says David Witty, a retired US army special forces colonel and former adviser to the CTS.

“There was some targeting of political opponents,” he adds. “That was even when the American advisers were there. In their mindset, if they got an order from the prime minister, they had to do it.”

But according to Witty, who was an adviser to General Kinani during two postings to Iraq, that changed when Isis arrived.

“They became as popular as the Nasa astronauts in the 60s,” he says.

The CTS came to be seen as one of the only non-sectarian institutions in Iraq, with Sunni, Shia and Kurdish fighters and commanders within its ranks. In a country that had been torn apart by sectarianism, it was a breath of fresh air to many Iraqis.

Remarkable tales of bravery from the battlefield were commonplace. General Kinani recalls one particular mission undertaken by a Golden Division soldier whose family had been murdered by Isis.

“He lost everyone,” he says. “So he decided to infiltrate Isis. He grew a beard and dressed like them. After staying with them for a week he blew up the whole place. The heroes of the Golden Division did many things.”

The battles soon began to take their toll, however. The Golden Division was engaged in tough street-to-street fighting to recapture the city of Mosul, and suffered heavy casualties.

“They almost ran out of officers,” says Witty. “They were the strikeforce, leading all the operations. We never envisioned the CTS would be used like that. It would be like sending the SAS to clear a city. That’s what an army was for.”

The CTS has remained tightlipped about the losses it suffered, but a US Department of Defence budget document estimated that 40 per cent of its soldiers were killed or injured. Some analysts say the number could be as high as 60 per cent.

In the two years since Mosul was recaptured by his forces, General Kinani says the Golden Division has now recouped the numbers it lost and is back to the same strength it was in 2014.

“At one point we requested another 1,000 recruits, but 312,000 applied. This is because they love the CTS and they know it is the force that beat Isis,” he says.

The US military feels the same way. Seeing it as a key weapon in the fight against Isis, Washington reportedly wants to double the size of the Golden Division to 20,000 troops. But the mission is changing, or rather, the Golden Division is going back to its roots.

“After its defeat in the cities, Isis now exists in small pockets in the desert, near Mosul and in the mountains,” says General Kinani. “We are getting intelligence all the time about these cells and we are working to eliminate them. We are going back to combating terrorism.”

It is the kind of fighting that the CTS was built for, according to Michael Knights, an expert on Iraq and senior fellow at the Washington Institute.

“They are the primary counterterrorism raiding force, riding on US and sometimes Iraqi helicopters to assault Isis leadership targets in remote areas, often late at night. No other force is routinely performing that mission,” he says.

“Iraqi military ‘clearance operations’ are easy for insurgents to detect and avoid, while [CTS] are launching surprise intelligence raids.”

The CTS is today playing a supporting role in a major operation across Iraq aimed at hunting down Isis sleeper cells. It comes amid reports that hundreds of Isis fighters are crossing back into Iraq from Syria in order to join militant cells in Anbar province.

When Mosul was recaptured in 2017, and later when the last piece of the caliphate fell in the eastern Syrian city of Baghouz earlier this year, few military planners were under any illusions that Isis had been eliminated.

Isis had in fact been preparing for the loss of its territorial caliphate for some time. Its fighters slipped through the lines in several key battles to regroup in remote areas of the Iraqi desert, from where it has begun to relaunch an insurgent campaign.

Much as it did in the prelude to its meteoric rise in 2014, the group has been carrying out targeted assassinations of local political, tribal, and security leaders – and indeed anyone who it deems to be cooperating with the Iraqi government.

According to a report on Isis capabilities published by the Institute for the Study of War in June, the group carried out at least 148 assassinations in Diyala, Anbar, Salah ad-Din and Baghdad in the first 10 months of 2018.

The report’s authors note that Isis “is stronger today than its predecessor Al Qaeda in Iraq was in 2011, when the US withdrew from Iraq”, and that its next breakout “could be even more devastating than its 2014 campaign”.

“Isis likely has the capability to seize another major urban centre in Iraq or Syria,” it adds. “It has chosen instead to pursue political and security conditions that will enable it to seize and hold larger and potentially more enduring pieces of territory in the future.”

General Kinani, however, is sceptical. One of the key factors to Isis’s success in 2014 was the considerable support it drew from a large number of disaffected Sunnis. Today, that is not the case.

“They don’t have any support,” he says. “The citizens don’t like them. They are hiding in the desert and they haven’t been able to achieve anything.”

He adds that the biggest threat to ensuring the defeat of Isis is political instability, which would risk recreating the conditions which allowed it to rise in the first place.

“Isis benefits and flourish from political problems, economic problems and sectarianism,” he says. “The more of these problems there are, the safer it is for them. They don’t like the progress of democracy. The ideology of wahhabism, extremism, Isis, needs a longer time to defeat. This needs political treatment, it needs economic treatment to fix.” 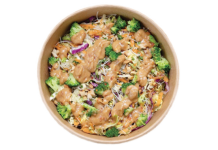 What We Are Eating Today: Saudi Arabia's Pao: healthy food with a bohemian vibe 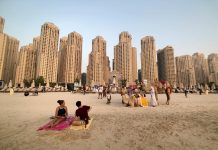 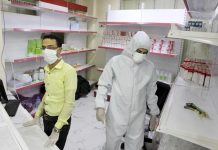 ‘Ramy’ and the New American Muslims of TV 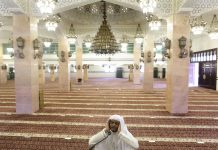 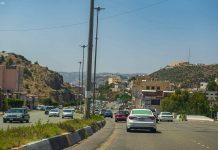 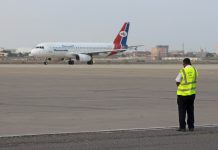 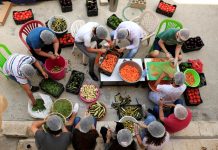 For Lebanese families made poor by crisis, dinner means bread and no meat 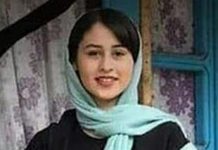 Outcry in Iran over honour killing of 14 year old girl