Fearing that her four cats would spread Covid-19 to her family, a 45-year-old woman decided to abandon them at the letter box area of her housing block in Marsiling Drive.

Zariyah, who goes by one name, was fined $4,000 yesterday and disqualified from owning any pet animals for six months, after she was found guilty of intentionally abandoning animals under the Animals and Birds Act.

The court heard that at about 9pm on March 28 last year, a man was at the void deck of Block 31 Marsiling Drive when he saw Zariyah releasing four cats from a cage at the letter box area.

A complaint was made to the National Parks Board.

Over the course of investigations, Zariyah admitted to keeping the cats in her home for some time before March 28. Court documents did not state how long she had kept the cats.

However, due to the Covid-19 pandemic, she decided to abandon them as she thought her family might get infected with the coronavirus through the cats.

She took the cats downstairs and released them. As the cats were meowing loudly, the man asked Zariyah why she was releasing them. She said she was not able to take care of the cats, and returned home without them.

Two of the cats were adopted by passers-by while the other two were rescued by the Society for the Prevention of Cruelty to Animals.

Those found guilty of abandoning an animal without a reasonable excuse can be fined up to $10,000 and/or jailed for up to 12 months.

World Health Organisation epidemiologist Maria Van Kerkhove told a news conference in April last year that pets are not believed to be playing a role in the transmission of Covid-19, but they may be able to catch the virus from an infected person. 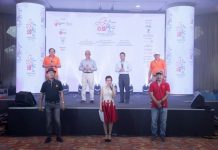