SINGAPORE – When Mr Das Dipto arrived for work at Block 244 Hougang Street 22 on Sunday (Jan 3) at 7.35am, the landscape maintenance worker did not expect to be involved in “the best job I’ve done in my life”.

The 27-year-old was there to prune trees but ended up rescuing a child, believed to be six years old, who had been stuck on a window ledge barely wide enough for his feet.

Mr Dipto, who moved from Bangladesh to work here eight years ago, told The Straits Times on Tuesday that he was cleaning a boom lift he used for pruning trees, when a frantic woman approached him and his colleague, Mr Biswas Jibom.

She pointed to the boy, who was clinging on to laundry poles while on a third-floor ledge at the neighbouring Block 243.

The woman told them that the door to the boy’s flat was locked, so Mr Dipto decided the best way to reach him was to use the boom lift – a caged platform at the end of a mobile crane.

With Mr Biswas directing him, he steered the machinery towards Block 243 and the boy, who was crying.

In a video shared on WhatsApp and uploaded to Facebook, the child can be seen standing on the ledge while holding on to a laundry pole.

Passers-by are heard shouting at the child to hold on, especially after he loosened his grip at one point.

Meanwhile, Mr Dipto is manoeuvring the platform so that he is within reach of the stranded boy.

He told ST that he spoke calmly to the boy in English and explained that he was about to rescue him.

When he was close enough, he reached out with both arms and lifted the boy onto the platform – an act met with cheers.

With one arm firmly around the child, and the other hand controlling the boom lift, he lowered the frightened boy to safety.

Mr Dipto said a man then took the boy away.

The Singapore Civil Defence Force (SCDF) said the child was assessed by an SCDF paramedic as not needing hospital care.

Recalling the incident, Mr Dipto said he was so engrossed in saving the boy that he did not notice that a small crowd had gathered.

The youngest of five brothers, Mr Dipto said that his fourth brother, who, like him, works for landscaping firm Yong Aik Construction, shared the video with neighbours and friends back in their home town of Narail in Dhaka.

Mr Dipto said his mother, whom he spoke to over the phone on Tuesday morning – a daily affair for him – praised him for doing “a very good job” in rescuing the stranded child.

She was shown the video by a friend in Bangladesh.

Mr Dipto said the boy reminded him of his own six-year-old nephew.

Chinese evening daily Lianhe Wanbao on Monday reported that the boy had climbed out of a kitchen window after waking up to discover that he was home alone.

It added that the boy was crying on the ledge as he looked for his mother, and that neighbours who had knocked on the third-floor unit’s door did not get a response.

Later on Sunday morning, the boy’s mother, accompanied by the boy, met Mr Dipto in Hougang and thanked him.

He added that SCDF will recognise Mr Dipto’s act with an award on Wednesday afternoon.

“Dipto has been very positive over many different projects, and he has always been a very hard worker,” said Mr Ang.

Mr Dipto posted photos of the rescue on his Facebook page on Monday night with the caption: “At a work time I saving one children life in Singapore… at last my life is a good job… l pray for the God I doing the work properly…”

His post has since garnered 5,600 reactions as of Tuesday afternoon, and 4,000 shares.

Many thanked Mr Dipto in the comments, with many also praising him for his selflessness.

“So thankful for your kind action. The kid might be in danger if not for you,” wrote Facebook user Yong Yun, who called him a hero. 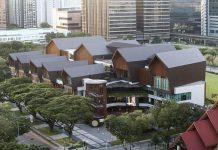 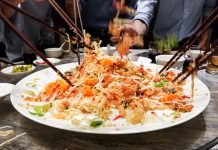 Singapore restricts gatherings at home ahead of Chinese New Year 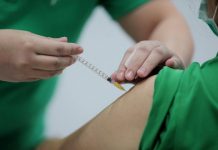 More than 60,000 people in Singapore have received Covid-19 vaccines 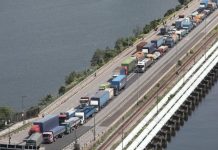 Man broke into friend's house to steal $2.50 tortoise, repaired the door, then announced it online 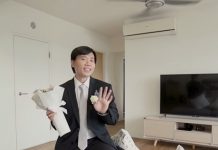 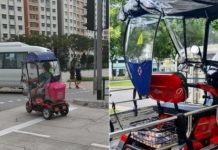 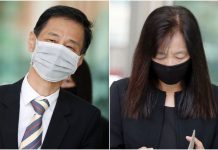 Couple fined $7,000 for trespassing on state land next to Seletar house for nearly 15 years