Ian Wright has admitted his “instincts” are telling him Trent Alexander-Arnold will not be fit to play a part at Euro 2020.

The Liverpool defender limped out of England’s 1-0 friendly victory over Austria late on with an injury which threatens to force him out of the summer tournament.

Alexander-Arnold’s position in the squad was the most scrutinised out of all of England’s players after he was dropped back in March, but the full-back played his way back into contention to be named in Gareth Southgate’s group of 26.

But he now faces an anxious wait to determine the severity of his injury after appearing to pull up with a thigh problem with just minutes remaining of the clash at the Riverside Stadium.

Speaking after the match, ITV pundit Wright said: “My instincts, you could see even when he’s covering his face with his shirt, he, himself, probably feels like it’s not going to happen for him simply because you know instantly when you’re injured and how long it’s going to be.

“The way he kicked the ball, I’m not sure if it looked like a thigh, a hamstring, I don’t know what it could have been, but if it’s that and we’re talking about 10 days – there’s no way he’s making that.”

Roy Keane added: “He walked past us there and he looked really uncomfortable, he was swearing quite a bit so it doesn’t look good, absolutely not, the guy looks in big trouble.”

Alexander-Arnold had no one within touching distance as he swung his left boot to play a pass downfield when he immediately grimaced in pain.

He tried stretching his thigh but soon signalled to the bench to be substituted.

The referee then booked him for coming back onto the field having already walked off, before he then trudged round the pitch perimeter with England’s medical staff helping him to the tunnel.

Southgate already has three other right-backs in his squad and may feel leaving Alexander-Arnold out may be a better option if he is struggling to be fit for the opening match against Croatia on June 12.

The England boss said after the game: “We’re going to have a little look. It’s obviously not good to see him having to come off in the way he did, but we’ll have to assess him over the next 24 hours.

“I think (it’s his) thigh, but the medical team are still assessing it.

“We don’t know the full extent, so the last thing you want is to see him come off in the way that he did.”

Who should Southgate take to Euro 2020 if Alexander-Arnold is injured? Let us know in the comments below. 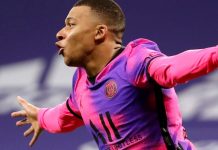 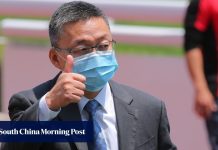 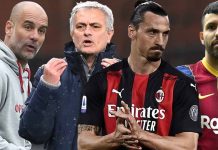 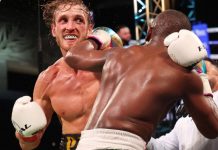 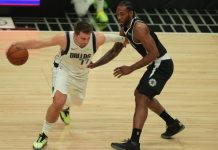 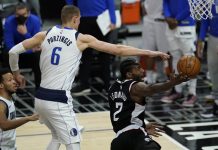