HONG KONG – The Hong Kong government has unveiled precautionary measures it has taken in response to an outbreak of pneumonia cases in the Chinese city of Wuhan, including daily briefings, local media reported.

On New Year’s Eve, officials in Wuhan announced that several clinics and hospitals in the city had received patients suffering from pneumonia and the cause was not known.

Twenty-seven people were reported by Chinese media to have been infected, with seven of them seriously ill.

Hong Kong’s Hospital Authority said it had notified the government of three cases in which it treated patients for pneumonia symptoms after visiting Wuhan recently, public broadcaster RTHK reported.

The Authority said a female patient in Tuen Mun Hospital and a male teenager in Tai Po Nethersole Hospital have since been discharged, but a woman is still being treated in Princess Margaret Hospital.

Health Secretary Sophia Chan told a news briefing late on Thursday (Jan 2) that the three cases are not linked to the mysterious Sars-like disease in Wuhan, because the patients did not visit the seafood market that’s believed to be the source of the virus.

However, she said the government will start giving daily updates on suspected cases it receives from the Hospital Authority, and it is also taking other measures to protect its borders.

From Friday, additional thermal imaging systems will be put in place in the Hong Kong International Airport to check the body temperature of inbound travellers from Wuhan, RTHK reported.

For all boundary control points including Hong Kong West Kowloon Station of the Express Rail Link, fever patients with acute respiratory symptoms who have visited wet markets or seafood markets in Wuhan within 14 days prior to the onset of the illness will be referred to public hospitals.

The MTR Corporation, the Airport Authority, and airlines have also been advised to step up disinfection measures for Wuhan services.

The disease, which is from the same family of viruses as the common cold, emerged in Guangdong province at the end of 2002. It spread to more than 30 countries infecting over 8,000 people, with 744 deaths in total.

In Singapore, travellers arriving from Wuhan will undergo temperature screening at Changi Airport from Friday evening. The Ministry of Health said it has told doctors to look out for suspected cases of people who returned recently from the area. 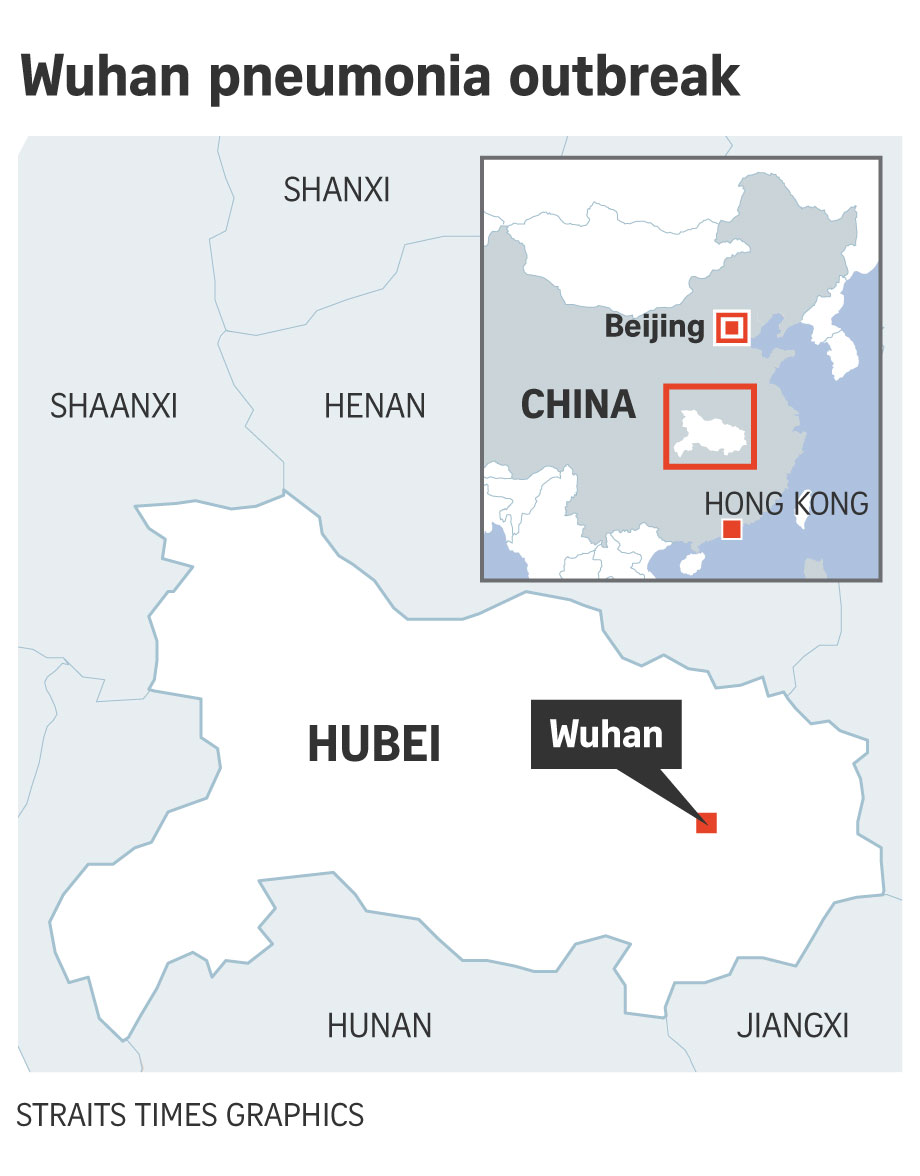