AL-MUKALLA: The internationally recognized Yemeni government and the Iran-backed Houthis on Thursday swapped 484 prisoners, including 15 Saudis, two Americans and four Sudanese in the first phase of a deal to release hundreds of prisoners, the International Committee of the Red Cross (ICRC), government officials and residents said.

The released Saudis and Sudanese arrived later at the King Salman air base in Riyadh.

Mike Pompeo, US secretary of state, said in a statement: “Today, we join with all Americans in welcoming the release of two US citizens from Houthi custody in Yemen.

“My deepest condolences go out to the family of a third American who died while in captivity, but whose remains are being repatriated.”

He added: “I would like to thank Sultan Haitham bin Tariq of Oman, King Salman bin Abdulaziz Al Saud and Crown Prince Mohammed bin Salman of Saudi Arabia for their diplomatic efforts. I also want to commend the tenacious diplomacy of our embassies in the region who helped facilitate this release.”

Pompeo added: “Today’s news is the latest affirmation that President Trump remains committed to bringing every American held hostage or wrongfully detained abroad back home. This administration will not rest until they are all reunited with their families.”

ICRC planes carrying hundreds of prisoners departed from Seiyun airport in the government-controlled province of Hadramout and landed at Sanaa airport.

The freed prisoners are part of 1,081 prisoners who were set to be released under UN-brokered talks in Switzerland last month. The remaining prisoners would be transported on the same planes between Sanaa and Seiyun on Friday, officials said.

The ICRC said on Twitter that the organization along with the Yemeni Red Crescent and the Saudi Red Crescent Authority completed on Thursday the transfer of 484 freed prisoners between Saudi Arabia, Sanaa and Seiyun.

“This is an achievement. But the greater achievement will be when we empty Houthi prisons from all abductees. I hope this is the first step toward achieving all for all prisoner swap,” Majed Fadhail, deputy minister of human rights and a member of the government delegation in the talks, told Arab News. Thursday’s prisoner swap is the largest since the government and the Houthis signed the Stockholm Agreement in December 2018.

At Seiyun airport, dozens of government officials stood by the tarmac to greet the freed prisoners. Outside the airport, a large number of relatives waved the Yemeni flag before greeting their liberated relatives.

Speaking to Arab News from Seiyun airport, Entesar Saleh, a member of the Abductees’ Mothers Association, a Yemeni civil society and human rights organization and a relative of a former abductee at Houthi prisons, said the organization’s long advocacy campaigns, pressure and protests have yielded freedom for a small number of prisoners, adding that the Houthis are still holding more than 3,000 abductees. “I cannot find words to describe my happiness today,” Entesar said.

Fadhail said that the government offered “major” concessions to convince the Houthis to include some abducted journalists to the list of freed government prisoners, adding that the Houthis strongly refused to free five journalists who were sentenced to death in April.

Abdullah Mansour, brother of journalist Tawfeq Mansour, told Arab News that he and his family were sad when they did not see him among the freed prisoners. “After long discussions and peace talks, only this small number of abductees are freed? This humanitarian issue has unfortunately become a bargaining chip,” he said, urging the international community and the Yemeni government to mount pressure on the Houthis until they release the remaining abductees.

Yemeni government officials expressed concerns that freed Houthi fighters might return to the battlefield. Separately, Najeeb Ghallab, undersecretary at Yemen’s Information Ministry and a political analyst, told Arab News that most of the freed abductees from Houthi prisoners are journalists, activists and businessmen who were kidnapped from their homes inside Houthi-controlled territories. “This is an important humanitarian achievement despite offering big concessions,” Ghallab said.

The UN Yemen envoy Martin Griffiths and international aid workers expressed their happiness over the swap: “Today’s release operation, led by the International Committee of the Red Cross, is another sign that peaceful dialogue can deliver. I congratulate the families who will soon be welcoming their long-awaited loved ones.”

Jan Egeland, secretary-general of the Norwegian Refugee Council, tweeted: “Wonderful news from Yemen. Prisoner exchanges will reduce suffering and increase hopes for reconciliation, confidence-building and peace where there now is only mistrust and violence. Good luck.” 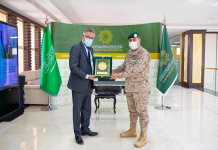 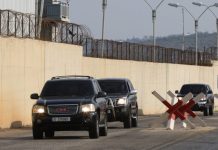 Lebanon sets out its claim in maritime border talks 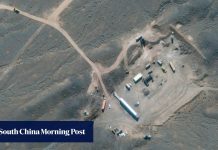 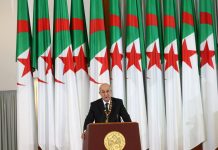 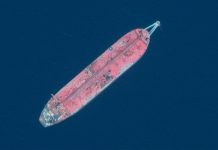 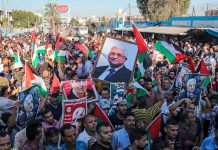 Palestinian Leaders Are Banking on Biden Win Next Week

UK-Iranian ‘hostage’ Zaghari-Ratcliffe due back in Tehran jail 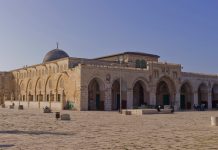 Yemen on brink of losing entire generation of children to hunger, UN warns 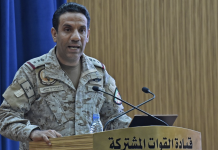