A video of a 91-year old man tasting a McSpicy sandwich for the first time has circulated the internet, gaining thousands of views. Towards the end of the video, seemingly unimpressed by the famous McDonald’s burger, the elderly man exclaimed, “Your generation is eating trash!”

A Redditor with the handle @Bcpjw on Wednesday (May 20) shared a Youtube video on the Reddit group, r/singapore. The one-minute video featured the videographer’s 91-year old grandfather who had a McSpicy for the first time in his life.

After transferring the McSpicy onto his plate, he began to reach for the top bun with his hands. However, his grandson stopped him in his tracks to tell him, “No, you gotta eat it together.”

The grandfather followed suit, and, using a spoon and fork, cut a portion of the burger for himself. His first bite drew out an amused laugh from his grandson–probably because he used a spoon.

It did not seem to be love at first bite though, as the grandfather shook his head in distaste. When asked if he was doing so because it was spicy, he answered, “No, it’s not spicy…it’s sour,” pertaining to the mayonnaise. He then tried adding garlic chili to spice it up. This time, there was no head shake.

However, after a few seconds of silence, the old man said, “Grandson, your generation is eating trash,” which his grandson found amusing.

Another Redditor commented, “This really puts a smile on my face…”

And we could all use some of that nowadays. 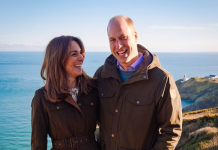 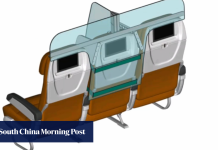 Will airlines adopt a social distancing seat design for flights during the coronavirus pandemic?

When the West went East: photos of China’s treaty ports 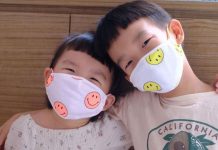 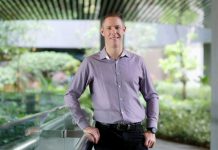 Why leaders hide their emotions 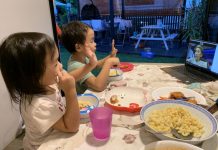 Ageing well: at 52 Baywatch star David Chokachi is in the best shape of his life. He shares tips on keeping fit and talks... 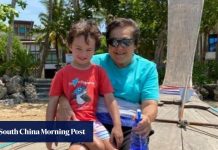 Mindfulness over moping: how to cope with family separation in lockdown, and the loneliness, anxiety and depression it can cause

Where to eat in Tsim Sha Tsui: Harbour City’s best restaurants – from sushi and Chiu Chow treats to epic burgers and Michelin-starred French...