A Hong Kong YouTuber who is currently based in Southeast Asia has warned the city’s residents that they are also likely being targeted by a job scam in Cambodia that has already ensnared numerous Taiwanese citizens.

Nine Taiwanese nationals, believed to have become human trafficking victims after falling for the scam, were brought home from Cambodia recently. But many more are believed to still be trapped in the Southeast Asian country, with some estimates in the thousands.

Some victims have reportedly been tortured, sexually assaulted and threatened with organ harvesting after traveling to Cambodia to accept what they thought was a lucrative job offer, and then asked to pay huge amounts in ransom to obtain their freedom.

The Southeast Asia-based Hong Kong YouTuber, who is known as L, runs a channel called LLOTALK, which usually touches on topics related to driving and motor racing. But he recently posted a video about a possibly similar scam case targeting fellow Hongkongers.

L said he recently received a message from one of his viewers who wanted advice on a so-called job offer, which he said rang alarm bells, prompting him to film a video on the topic to ensure more people were aware of it.

L said the viewer contacted him as he was more familiar with the situation in Southeast Asia and the only person the viewer knew who was staying in the region.

“[The viewer] said he works in IT and he has a friend who wants to hire him [for a job in Cambodia]. The friend works in [the field of] cryptocurrency,” said the YouTuber.

L said the viewer then told him the company would help him settle everything and offered a higher salary than he was making in Hong Kong.

“His friend said he can get Cambodian citizenship after working a few years and the housing prices are low there,” said the YouTuber.

L said that the viewer was sick of being in Hong Kong and wanted to try developing a career in Southeast Asia.

But the YouTuber said the point about becoming a Cambodian national after working a few years is not true, hence making the job offer seem very suspicious.

L said more alarm bells were set off after the viewer revealed that he was not close to his friend, who was an exchange student from mainland China he met while studying.

“I’m not saying all jobs from Cambodia, Thailand or Myanmar are scams, but there are too many signs telling me that [the viewer] needs to take [the job offer] with a pinch of salt,” L said, adding the viewer was disappointed after he was told about the likely fraud.

Separately, at least two local media outlets said they have gotten in touch with Hongkongers who have become victims of trafficking in Myanmar.

Oriental Daily reported that at least five Hongkongers have been detained by criminal groups around the Thailand-Myanmar border.

The outlet said it managed to contact a Hong Kong man currently in Myanmar, who is asked to scam other Hongkongers online.

The paper added that he had to make at least 5 million Chinese yuan (HK$5,787,098 or US$738,327) or pay a ransom of HK$300,000 before he would be allowed to leave. It also quoted him as saying that he witnessed someone who was shot while trying to escape.
Meanwhile, HK01 reported that it got in touch with three Hongkongers trapped in Myanmar who had similar experiences. 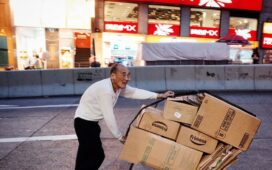 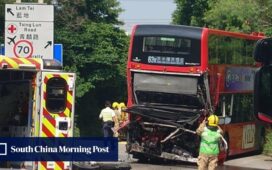 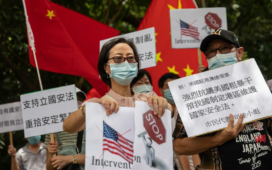