Yuval Waldman, an accomplished violinist and conductor with particular interests in building musical bridges between countries and rediscovering neglected works composed under oppressive circumstances, died on Feb. 1 in Brooklyn. He was 74.

His son, Ariel Levinson-Waldman, said that the cause was coronary artery disease and that Mr. Waldman had also contracted Covid-19 shortly before his death.

Mr. Waldman, who lived in Brooklyn, was the son of Jewish parents who survived the purges in Ukraine during the Nazi occupation of World War II, and his childhood involved several dislocations before the family eventually settled in Bat Yam, a Tel Aviv suburb. His career in some ways reflected his multinational upbringing and his sense of music as a lifeline in a turbulent world.

He conducted the New American Chamber Orchestra, an ensemble formed in the 1990s and made up of Jewish émigrés from the former Soviet Union. In 2004 he founded Music Bridges International, which fostered concerts and educational programs that included music from different cultures — one program, for instance, featured American and Kazakh composers.

He also played and conducted programs of music that had been composed under duress. Among them was a solo program titled “Music Forgotten and Remembered” and that featured works by Eastern European Jews, many of whom died in World War II or were silenced by the repressive practices of the Soviet Union. Another was “The Music of Oppression and Liberation,” featuring composers of various nationalities who were persecuted for their beliefs.

“I feel it’s my duty to revive the memory of these composers by performing their music,” Mr. Waldman told The Oklahoman in 2011 when he performed that “Liberation” program at the University of Science and Arts of Oklahoma in Chickasha. “It’s not just a privilege but a calling.”

Vladimir Waldman was born on Dec. 21, 1946, in Lvov, which was then part of the Soviet Union (and is now in western Ukraine, with the name usually rendered Lviv). He changed his first name to Yuval after the family had settled in Israel, taking the name of a figure from the Hebrew Bible associated with music.

His father, Eliezer, was a lumber worker who was at one point conscripted into the Soviet Army; his mother, Chaya (Spivack) Waldman, was a teacher. As a boy in Lvov, Yuval was entranced by the violin music he heard at the movies and asked his parents for an instrument. He proved to have a gift for it. At the age of 7 he performed on Soviet radio.

During a period of relaxed policies toward Jews after the death of the Soviet leader Joseph Stalin in 1953, the family left the country, living in Poland for a time and then in immigrant camps in Austria and Italy before reaching Israel in 1957. Eventually Yuval’s musical skills came to the attention of Isaac Stern, the great violinist, who became a mentor.

Mr. Waldman studied at the Samuel Rubin Israel Academy of Music in Tel Aviv and played with the Israeli National Orchestra as a teenager. After he graduated from the academy, Mr. Stern helped arrange for him to continue his studies in Geneva and then the United States, at both Indiana University and the Juilliard School. In 1969, at 22, he made his Carnegie Hall debut.

Mr. Waldman’s musical career took off thanks to performances like one in 1970 at Riverside Park in New York City, where he was a soloist in a program by the West Side Orchestral Concerts Association. “Eloquent tribute to Mr. Waldman’s virtuosity in the finale was the spontaneous chorus of bravos that went up from his colleagues in the orchestra,” Robert Sherman wrote in a review in The New York Times.

In July 1973 Mr. Waldman interrupted his career to join the reserves of the Israel Defense Forces. Because of all of the languages he had mastered through his multinational upbringing and touring, he was assigned to the intelligence unit. His musical skills had gotten him assigned to the entertainment unit as well. When the Yom Kippur War broke out that October, his son said, he was assigned to play for tank units in Sinai.

Mr. Waldman’s son said he told the story of the time he clambered onto a tank when a commander ordered him to play something to soothe the troops after a particularly intense bombing. He played Bach. Many in the unit were recent Moroccan immigrants to Israel and had not heard Bach before.

“My father remembered a moment when he was playing the Chaconne of Bach’s Partita No. 2 in D Minor,” Ariel Waldman said, “and looked up to see tears streaming down their faces in the dust.”

By 1974 Mr. Waldman had returned to his musical career and was performing to acclaim in recitals and with orchestras. He had married Cathy Walder, a pianist and composer, in 1970, and they often performed together. But he also began branching out, serving as concertmaster for ensembles including the Kansas City Philharmonic and music director for events like the Madeira Bach Festival. He conducted and recorded with numerous orchestras, and he was a founder of several quartets and other ensembles.

His first marriage ended in divorce in 1997. In addition to his son from his first marriage, he is survived by his wife, Lyudmila Sholokhova, whom he married in 2010; a sister, Rina Weiss; a stepdaughter, Valeriya Sholokhova; and two grandchildren.

One of Mr. Waldman’s many activities was directing the Mid-Atlantic Chamber Orchestra in the 1980s and ’90s. At an online memorial service a few weeks ago, Mr. Levinson-Waldman told about a time when that ensemble was going to small towns, performing and bringing along experts to talk at schools, including a singer who would instruct the school choirs about breath-control techniques.

“My dad spoke with an accent,” Mr. Levinson-Waldman said. “English was, depending on how you count it, his eighth or ninth language.”

And so when he proposed the program to the town of Pulaski, Va., “unfortunately, some of the town leaders heard the wrong thing.” They were outraged, Mr. Levinson-Waldman said, that these out-of-town musicians wanted to instruct their students about birth control.

Tugs, tides and 200,000 tons: experts fear Ever Given may be stuck in Suez for weeks 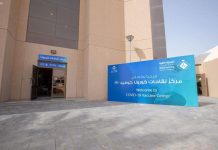 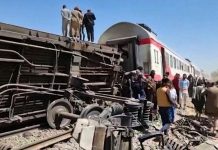 Tripartite summit between Egypt, Iraq and Jordan postponed due to train accident 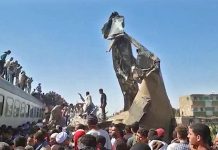 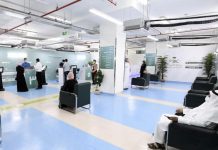 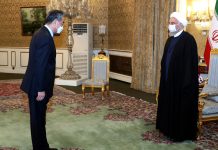 China, With $400 Billion Iran Deal, Could Deepen Influence in Mideast 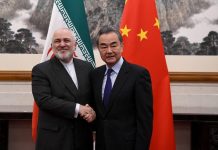 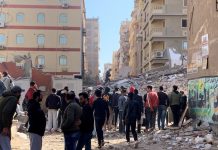 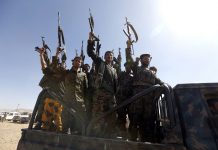