87 civilians in Yemen killed by UK and US-supplied weapons in little over a year, report says 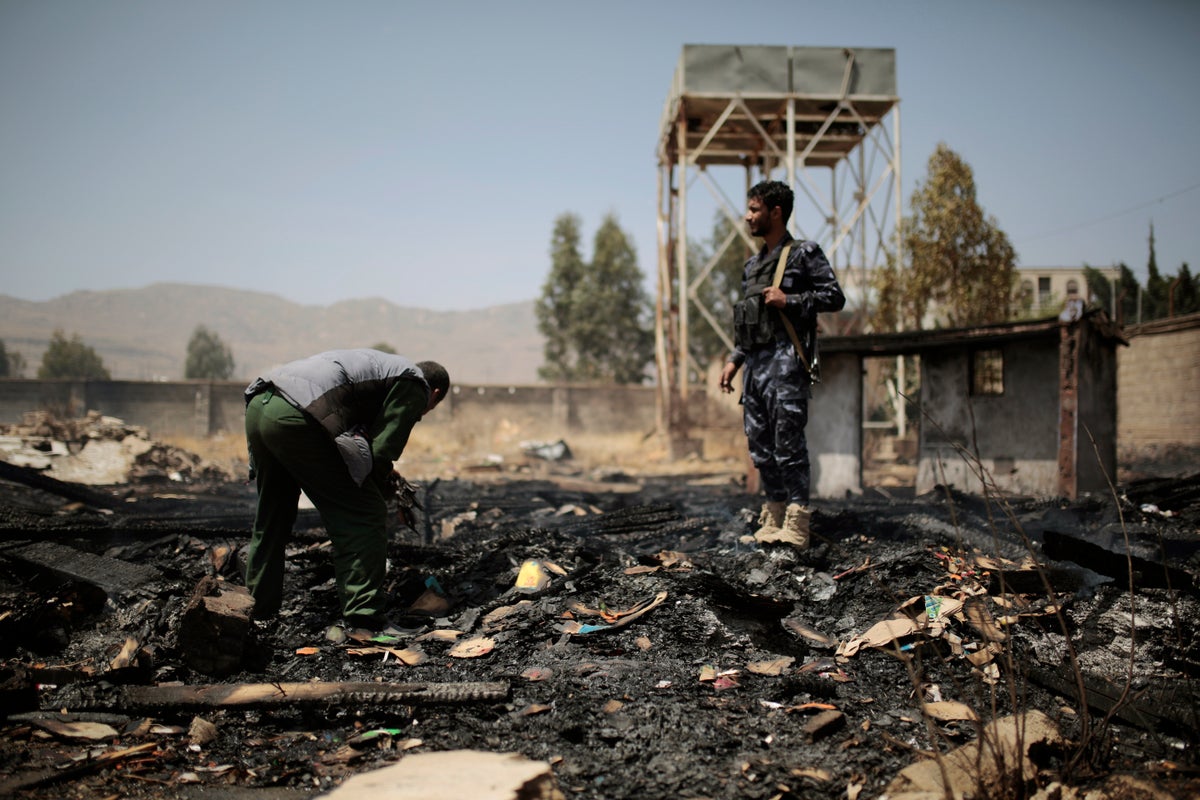 Weapons supplied by the United Kingdom and the United States and used in airstrikes by a Saudi-led coalition in Yemen killed at least 87 civilians and wounded 136 others in just over a year, a new report alleges.

The Oxfam report found that the Saudi-led coalition used weapons supplied solely by the U.K. and the US in hundreds of attacks on civilians in Yemen between January 2021 to the end of February 2022.

The war in Yemen began when the Iranian-backed Houthis seized the country’s capital in September 2014 and forced the internationally-recognised government into exile. A number have nations in the region have become involved, with a Saudi-led coalition entered the war in March 2015.

Oxfam’s report comes ahead of a legal challenge by the Campaign Against Arms Trade, or CAAT, against the U.K. government on supplying weapons used in Yemen’s war. The charity says it provides witness in support of CAAT’s challenge.

The UK’s Department for International Trade said they operate “one of the most robust and transparent export control regimes in the world.”

“We consider all our export applications thoroughly against a strict risk assessment framework and keep all licenses under careful and continual review as standard,” the spokesperson said.

The court battle is years old. The Court of Appeal in London ruled in 2019 that the U.K. government acted unlawfully in selling weapons to Saudi Arabia that were used in the Yemen war. The court however didn’t order a halt to the exports to the Gulf monarchy.

Martin Butcher, Oxfam’s Policy Advisor on Arms and Conflict and author of the report, said they analysed 700 attacks on civilians in Yemen’s war during the 14-month period, with the Saud-led coalition, using weapons supplied by the UK and the US was responsible for a quarter of all attacks.

“It’s just so relentless,” Mr Butcher told The Associated Press. “People just find it so hard to escape the violence and the killing.”

All parties to the war have been accused of killing and wounding civilians in Yemen’s eight-year conflict. The report alleges that airstrikes by the Saudi-led coalition during the 14-month period killed at least 87 civilians and wounded 136 others. The charity counted at least 19 attacks by the coalition on health facilities and ambulances. It said 293 airstrikes forced people to flee their homes.

Overall, the war has killed more than 150,000 people, including over 14,500 civilians, according to The Armed Conflict Location & Event Data Project. It has also created one of the world’s worst humanitarian crises.

Mr Butcher has called the UK government to “immediately stop selling arms to Saudi Arabia for use in Yemen,” and promote a permanent cease-fire and negotiations for a long-term settlement through its position as a member of the UN Security Council.