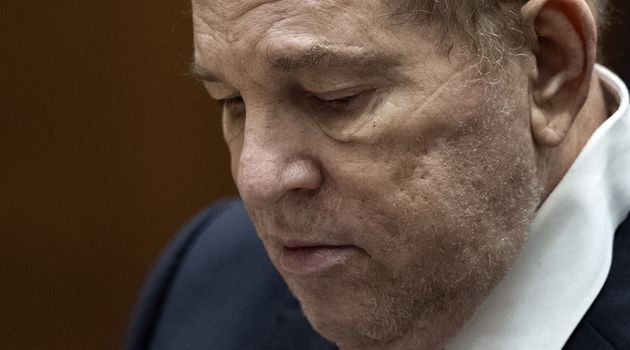 Harvey Weinstein’s sentencing on his second rape and sexual assault conviction in Los Angeles has been delayed until February, as his lawyers ask for a new trial.

Los Angeles superior court judge Lisa Lench said at a brief hearing on Monday morning that she expects Weinstein will be sentenced on February 23rd, should the motion for a new trial be denied.

The disgraced film producer, who appeared in court on Monday in a jail uniform, has been publicly accused of rape, sexual assault or sexual harassment by more than 90 women in incidents stretching back decades, a public reckoning that galvanised the #MeToo movement in 2018.

Weinstein pleaded not guilty to all charges in both of his criminal trials, and has denied ever engaging in non-consensual sex.

After nearly three years of incarceration in New York during the Covid-19 pandemic, the former film producer faced a second criminal trial in Los Angeles, the city where he was once a Hollywood kingmaker, in October 2022. He was convicted in December on three counts of rape and sexual assault against a European model and actor who testified anonymously as “Jane Doe 1”.

Four women testified in the Los Angeles case that Weinstein had raped or sexually assaulted them in California, but after a month-long trial, Weinstein was only convicted of charges based on the one woman’s allegations. Jurors acquitted Weinstein of charges based on another woman’s account and were unable to reach a verdict on two other women’s allegations, including those of the film-maker Jennifer Siebel Newsom, the wife of California’s governor and the most high-profile accuser yet to testify against Weinstein in court.

Only Jane Doe 1 is expected to give a victim impact statement ahead of Weinstein’s sentencing.

The disgraced mogul now faces up to 18 additional years in prison. He avoided a sentence of up to 24 years after the Los Angeles jury failed to reach a consensus on whether Weinstein qualified for additional prison time based on exacerbating factors of the case.

Because Weinstein is appealing his New York conviction, and the state’s highest court has agreed to hear the case, some of the dozens of women who have spoken out against him said his sentencing in Los Angeles was critical. The California conviction will ensure Weinstein stays in prison, even if, like Bill Cosby, his earlier high-profile conviction is overturned.

While the Los Angeles trial further cemented the Hollywood power broker’s downfall, it was also defined by aggressive defence tactics that saw Weinstein’s lawyers attack the credibility of his accusers, including labeling Ms Siebel Newsom a “bimbo”. Legal observers said the blatant misogyny of the defence was striking and seemed like a flashback to the tactics of the 1980s.

After weeks of graphic, emotional testimony from four women who accused Weinstein of raping or assaulting them in hotels around Los Angeles, as well as testimony from four additional women who testified to a similar pattern of alleged rapes and sexual assaults in other cities across the world, the Los Angeles jury remained divided on several of the criminal charges Weinstein faced.

Prosecutors in Los Angeles have not yet decided whether to retry Weinstein on the mistrial counts.

“Throughout the trial, Weinstein’s lawyers used sexism, misogyny, and bullying tactics to intimidate, demean, and ridicule us survivors,” Ms Siebel Newsom said in a statement after the verdict. “This trial was a stark reminder that we as a society have work to do.”