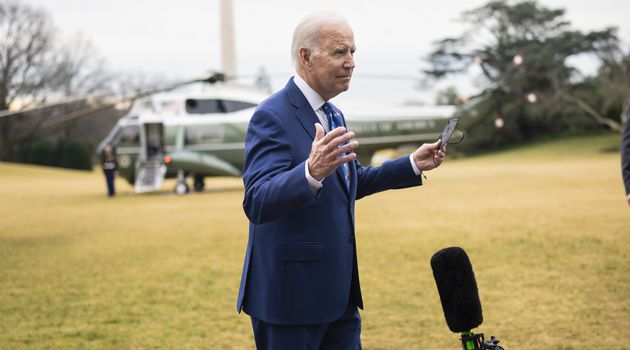 President Joe Biden’s aides have found another set of classified documents at a location separate from the Washington office he used after serving as vice president, NBC News and the New York Times reported on Wednesday.

The documents were discovered after an initial set of classified materials was found by Mr Biden lawyers in a locked closet at the University of Pennsylvania’s Biden Center office. The White House said those documents were returned within hours to the National Archives, but the contents and fate of the second set of documents weren’t clear.

It was also unclear when the second batch was discovered, or if it represents the totality of classified materials that appear to have been improperly removed as Biden concluded his tenure as vice president. The White House didn’t respond to a request for comment. The Justice Department declined to comment.

Earlier Wednesday, White House Press Secretary Karine Jean-Pierre repeatedly declined to answer questions about what efforts the administration was taking to ensure that all classified materials had been found, or whether Mr Biden’s residences in Wilmington and Rehoboth, Delaware, had been searched. She also refused to answer why lawyers were involved in packing up the Biden Center office.

At a press conference in Mexico City on Tuesday, Mr Biden said he was surprised to learn that classified documents had been found at that office.

“But I don’t know what’s in the documents,” the president added.

Ms Jean-Pierre, pointing to a Justice Department inquiry, also declined to answer questions about why the White House waited months to acknowledge the first discovery — and only did so after a CBS News report.

“I understand the question, but there’s an ongoing process, she told reporters. “It’s being reviewed by the Department of Justice. When it is appropriate for us to say more, we will.”

Republican lawmakers have questioned the decision to delay disclosing the discovery, suggesting a political motivation and pointing out that the documents were discovered by Mr Biden attorneys less than a week before the November midterm elections.

“Why didn’t the Justice’ Department announce the Highly Classified documents found in the Biden Office before the Election?” former President Donald Trump said in a post to his social media network this week.

Mr Trump is under criminal investigation by the Justice Department over classified documents found at his Mar-a-Lago resort after his representatives allegedly told the government that he was no longer in possession of secret materials.

The revelation that Mr Biden was also storing classified materials has politically complicated the case against Mr Trump, though Democrats have defended the current president by noting his representatives immediately returned the materials upon their discovery.

While the different approaches taken by Mr Trump and Mr Biden have made it difficult for Republicans to draw an equivalence, the string of revelations has nevertheless prompted tough questions for the White House. – Bloomberg