Pakistan receives over $9bn in aid after devastating floods 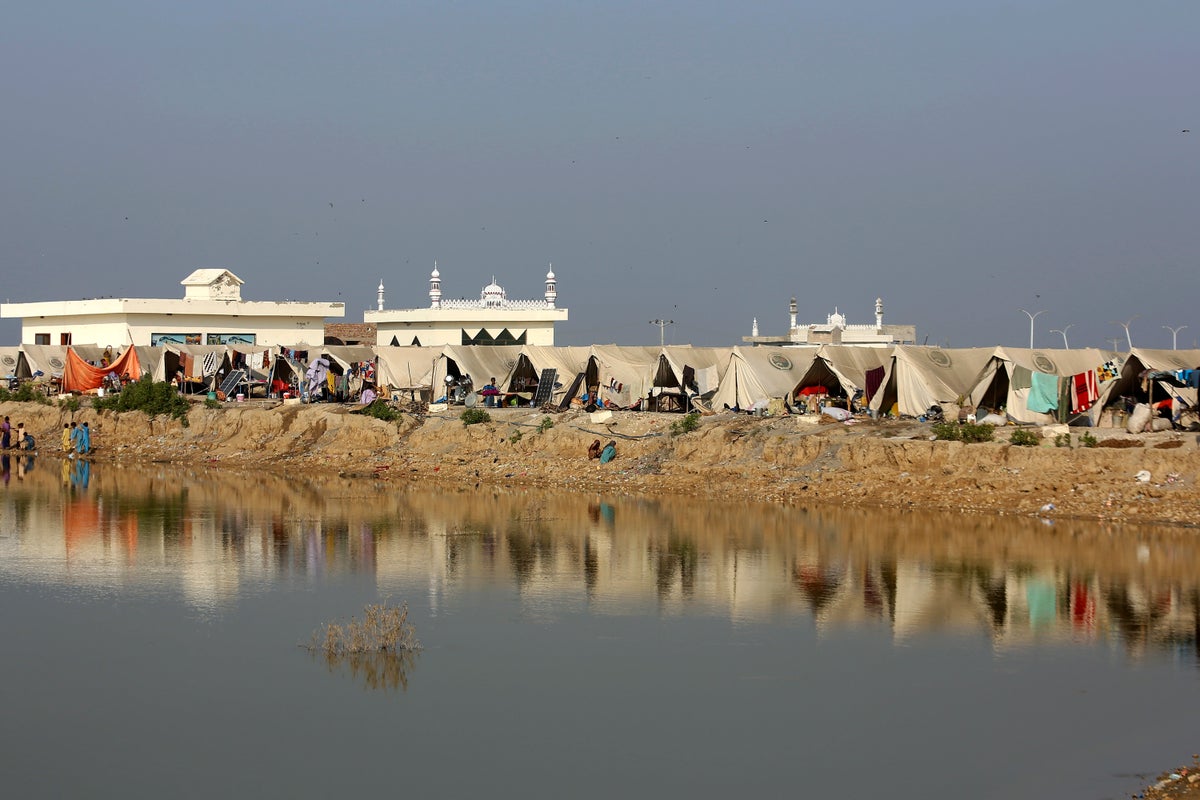 Get our free Climate email

Flood-hit Pakistan has received more than $9bn (£7.39bn) in aid from international donors, including the US and France, after pleas from the country’s prime minister and the United Nations chief Antonio Guterres.

“Today has truly been a day which gives us great hope,” Pakistan’s minister of state for foreign affairs Hina Rabbani Khar said on Monday at a climate conference held with the UN in Geneva.

“Heartened by a strong international support in Geneva for building back better and resilient Pakistan post Floods 2022. Strengthens our confidence in diplomacy and international cooperation,” she said on Twitter shortly after.

The minister added: “I think the message from the world is clear: the world will stand by those who go through any national calamity.”

Some of the biggest donors helping Pakistan to recover from the massive floods include the Islamic Development Bank, the World Bank and Saudi Arabia.

Pakistan’s prime minister Shehbaz Sharif and UN secretary general Antonio Guterres called for countries to mobilise in support to rebuild the country after last year’s devastating floods at the conference held in Geneva on Monday – with the aim of raising a total of $16bn.

The conference was attended by officials from nearly 40 other countries as well as private donors and international financial institutions.

The call is being seen as a critical test of global solidarity for victims of man-made climate crisis disasters after a landmark agreement at the Cop27 summit in Egypt called for the setting up of a climate compensation fund referred to as loss and damage.

Speaking at the conference, Mr Sharif said Pakistan needs at least $8bn for “minimum recovery” over the next three years and called to form a “new coalition of the willing”.

“Today’s meeting is an attempt to give my people another chance at getting back on their feet,” he said. “We are racing against time”.

He added that the losses due to the devastating floods – that left one-third of the country underwater – are estimated to be around $30bn, which is 8 per cent of the country’s GDP.

Pakistan’s foreign minister Bilawal Bhutto Zardari said half of the country’s rebuilding framework will be financed by the country’s own funds.

Mr Guterres, who described the situation in Pakistan as “climate carnage” after visiting the country last year, said he was “deeply frustrated” over global leaders’ inaction on climate change and called for massive support in rebuilding the country.

“We must match the heroic response of the people of Pakistan with our own efforts and massive investments to strengthen their communities for the future,” he said at the opening of the conference.

“I am deeply frustrated that global leaders are not giving this life-or-death emergency the action and investment it requires,” he added.

Mr Guterres said that Pakistan had been “doubly victimised” by both climate chaos and a global financial system that denied middle-income countries financing and debt relief and stressed the need for creative solutions.

Responding to calls, the US pledged an additional $100m in funding while France has promised $10m with president Emmanuel Macron offering his support in talks with financial institutions and providing expertise.

“I am delighted to announce that the United States is making an additional 100-million-dollar commitment to Pakistan to help it recover from the devastating 2022 monster monsoon floods,” USAID deputy administrator, Isobel Coleman, sad.

There has been a growing discussion globally about the responsibility of wealthier countries that have built their economies while using fossil fuels to extend financial support for victims in global south who are more vulnerable to disasters.

The flooding impacted more than 33 million Pakistanis, killing more than 1,700 people and pushing about nine million others into poverty, according to the UN.