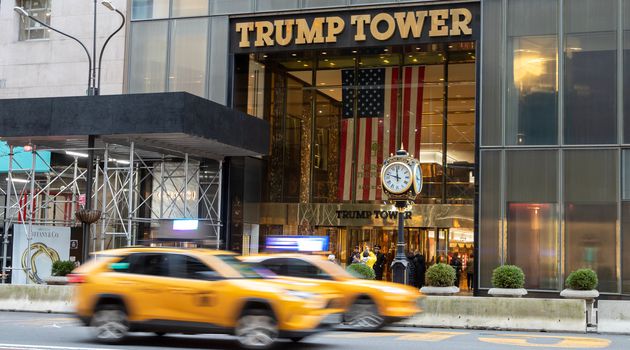 Donald Trump’s business empire will be forced to pay about $1.6 million (€1.47 million) in penalties after being convicted of running a 13-year tax fraud scheme in which executives were handed “off-the-books” perks including a luxury apartment, Mercedes cars and school tuition.

A judge in New York state court imposed the sentence on the Trump Organization on Friday after a jury had found the former president’s business guilty of 17 criminal charges in December.

A US judge sentenced Donald Trump’s real estate company to pay a $1.61 million fine after it was convicted of scheming to defraud tax authorities for 15 years. (Reuters)

The government had asked the judge to impose the maximum penalty of $1.61 million, arguing that the Trump Organization had engaged in a “multi-dimensional scheme to defraud taxpayers”.

“The sheer magnitude of this fraud merits the largest financial sanction authorised by law,” assistant district attorney Joshua Steinglass told the court at a sentencing hearing on Friday, describing it as a “pervasive culture of fraud” at the former president’s business.

“We disagree that this was done … with the intent to benefit” the Trump business, Susan Necheles, a lawyer representing it, responded. She added that “the conduct here was done by Allen Weisselberg” and other executives, and said the Trump Organization would appeal.

Before imposing the sentence, Judge Juan Manuel Merchan noted that the Trump Organization “once again distances the corporation from the acts of the other individuals”, adding that although “these were arguments that were made throughout the trial, it is not what the evidence has shown and is certainly not what the jury found”.

The sentencing of the Trump Organization came just a few days after the same judge sent Allen Weisselberg, the former chief financial officer at the company, to jail for five months.

Weisselberg, who was a key witness in the trial against his employer, pleaded guilty to committing tax fraud in August, by accepting $1.8mn in “off-the-books” perks over the course of 15 years.

His crimes carried a maximum sentence of approximately 15 years, but prosecutors agreed to recommend a much more lenient sentence – and about $2 million in financial penalties – if Weisselberg testified truthfully in the Manhattan district attorney’s case against the Trump Organization.

While on the stand, the 75-year-old Weisselberg said he had acted out of personal greed, and did not directly implicate the former president. However, he said his payroll arrangements did benefit the Trump Organization, which paid less tax as a result.

Speaking outside the courtroom, Manhattan district attorney Alvin Bragg told reporters that while the conviction was “consequential”, the sentence fell far short of what his office would have liked.

“I want to be very clear, we don’t think that is enough,” said Mr Bragg, who inherited the case from his predecessor Cyrus Vance. “Our laws in this state need to change.”

While the penalties imposed on the Trump Organization are relatively small for a business of its size, the company could now face difficulties in getting loans or working directly with local or federal government entities.

The Trump Organization also faces a separate civil case brought by the New York attorney-general, Letitia James, who accused the company – as well as Donald Trump and his older children themselves – of inflating the value of its core assets.

A judge in that case installed a monitor in November to ensure the business did not attempt to move funds out of the state’s jurisdiction while the case is pending. – Copyright The Financial Times Limited 2023