On Monday (Jan 16), controversial Malaysian artiste Namewee posted three Instagram Stories (IGS) that sent shockwaves through showbiz and social media. He revealed his female friend suffered sexual assault by an idol whom he did not name.

“You forced yourself on a xiao mei mei (my friend), didn’t wear a condom and even ejaculated inside her. If your motherland arrests you, be prepared to pack your things and be roommates with ‘Toothpick’. Let’s see if you still love your motherland when that happens,” Namewee, whose real name is Wee Meng Chee, wrote in his first IGS.

‘Xiao mei mei’ is Mandarin for a young girl, while ‘Toothpick’ is believed to be referring to Chinese-Canadian former pop star Kris Wu.

Kris, 32, was recently sentenced to 13 years jail by China courts for crimes including rape. He was given the nickname “Wu Toothpick” by his victim Du Meizhu, a reference to his sexual prowess.

The second paragraph of Namewee’s IGS was written in Cantonese and accused the celebrity of betraying the country he was born in for the sake of money.

Some people have taken it as a hint that the idol was born in Hong Kong with “motherland” referring to China.

Namewee is a singer-filmmaker who is active in Malaysia, Taiwan and Hong Kong. His works are usually provocative which some may consider offensive.

The 39-year-old continued his tirade in no uncertain terms in his second IGS. 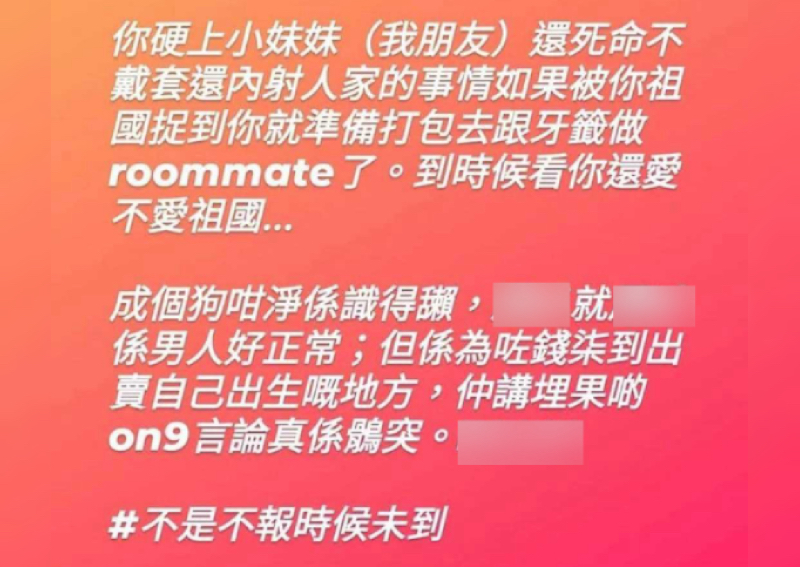 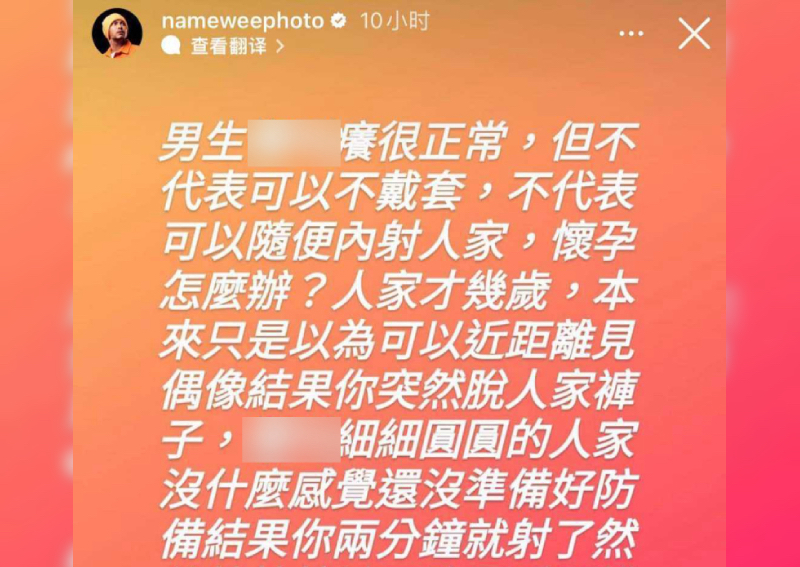 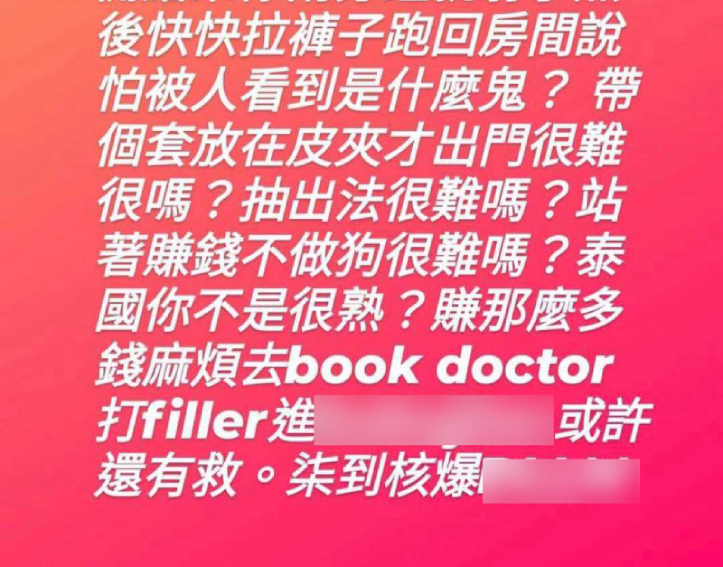 See also  Working with the legends

“She is so young and she initially thought she was meeting her idol up close, but you suddenly removed her pants and entered her without warning.”

Namewee continued that his female friend was caught off-guard and the deed was completed within two minutes.

“You then quickly put on your pants and ran back to your room, saying you were afraid of being seen — what rubbish is that? Is it that difficult to put a condom in your wallet?”

Namewee’s revelations have left netizens divided — some accused him of lying for attention and asked why the girl didn’t report the matter to the police, while others speculated on who the perpetrator could be.

One netizen said in a Facebook post: “I think you are just trying to attract media attention because you are releasing new music. Show us the evidence. Go and report to the police, why the need to suffer in silence?”

In response to the accusations, Namewee posted a third IGS: “Those who said that I am trying to gain more public attention, your argument is not logical. I am just writing on my personal IG Stories but the media wants to report it, it’s not my business.

“Those who asked why I didn’t name the culprit, it’s because the girl is unwilling to do so! You also asked why the girl didn’t go to the police. Do you think that if she reports him or holds a media conference, his fans will believe her? Will the public believe her? Or will they accuse her of offering herself?”

He added that the subsequent online bullying might even push her to harm herself. 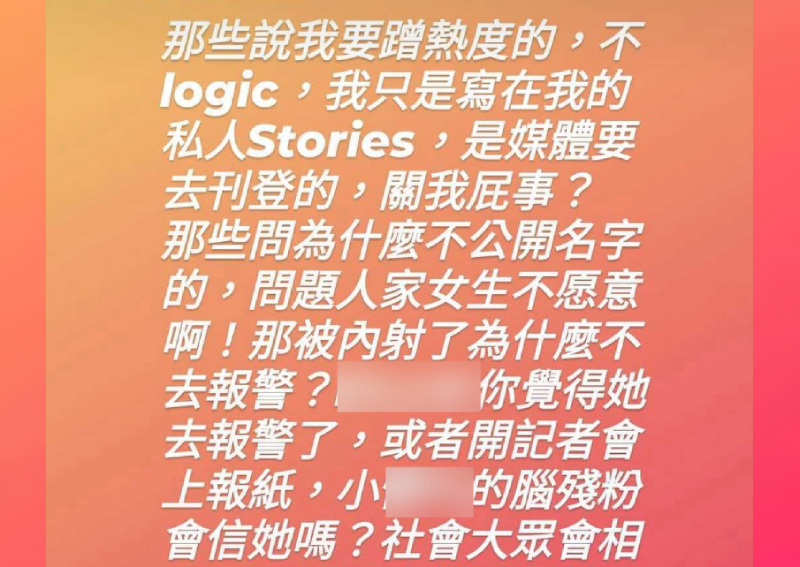 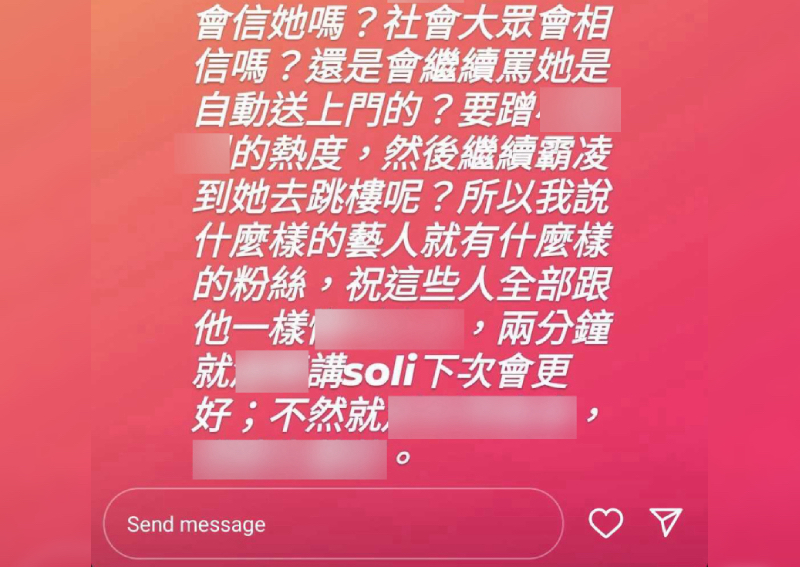 Another netizen commented: “Namewee is right. Nobody will believe it even if she says it. It’s like what happened with Kris Wu’s accuser. Nobody believed the first person who made the accusation. Kris was only jailed when other women came forward to say it also happened to them.”

Although Namewee didn’t reveal who the perpetrator is, his IGS suggest the idol was born in Hong Kong, has a strong connection to China and goes to Thailand often to promote his work.

We’re not naming names but if you’re familiar with Asian entertainment, you might have some guesses.